WeWard arrives in Spain, the app that fights against sedentary lifestyle and allows you to earn money by walking 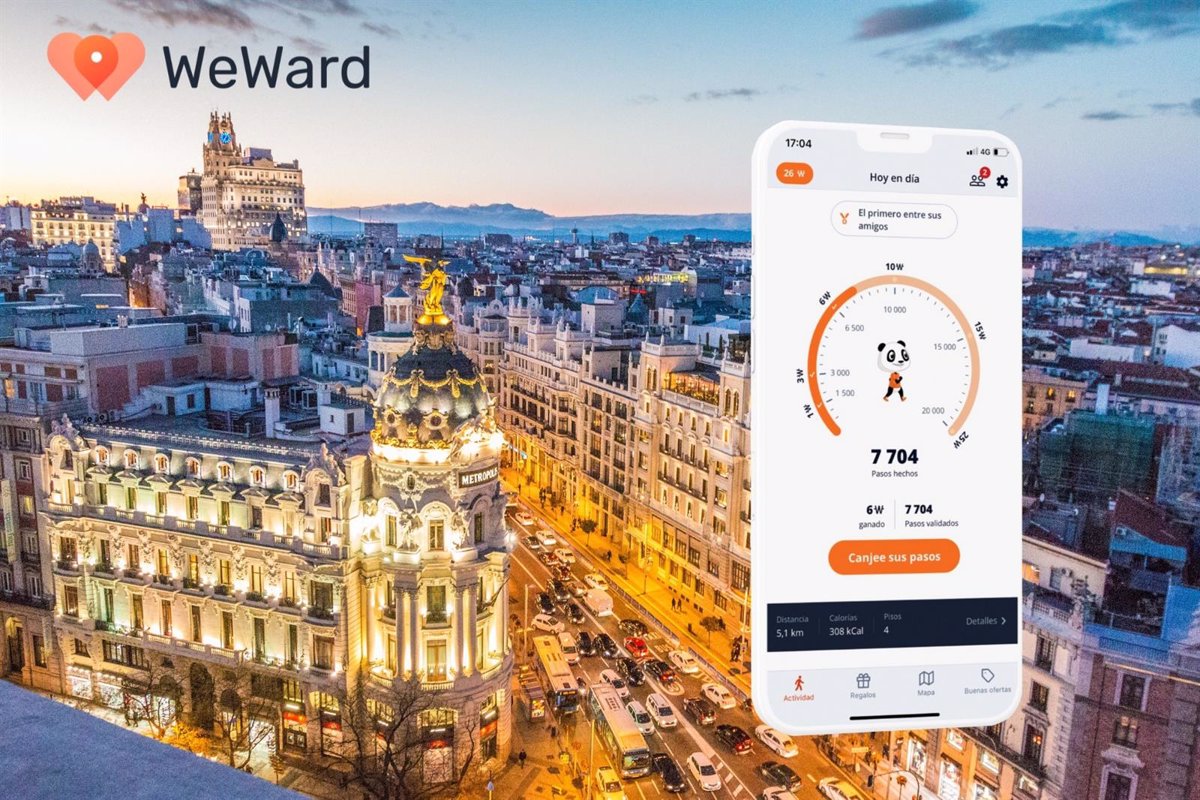 WeWard, the free application that rewards the daily physical activity of its users, arrives in Spain after reaping successes in France, with more than 3 million people active on its platform and more than 670 million kilometers rewarded- The company’s forecasts for the Spanish market are reach half a million users of its ‘app’ (which can be downloaded on Android and iOS) by the end of the year–

The platform encourages its users to practice daily physical activity- Each step becomes digital currency (Wards), redeemable for offers, donations to associations or euros- Its goal is to combat sedentary lifestyles by encouraging users to walk the 10,000 steps recommended by the World Health Organization to stay healthy-

WeWard was created in Paris in 2019 under the initiative of Yves Benchimol, an engineer graduated from the École Polytechnique de France, an expert in geolocation, artificial intelligence and ‘retailtech’ (technology applied to the distribution sector)- In these two years it has crept into the top of the most downloaded ‘apps’ in France on the Apple Store and Google Play-

HOW THE APP WORKS

The concept is very simple: the more you walk, the more you get rewarded– The ‘app’ works through a system of steps in order to encourage users to improve themselves- The first level allows you to earn a Ward for 1,500 steps; the second, 3 Wards for 3,000 steps; while the latter provides 25 Wards for 20,000 daily steps- Users have the possibility to redeem their points obtained in the Marketplace integrated into the ‘app’-

Thanks to geolocation and pedometer of the ‘smartphone’, the ‘app’ automatically counts the steps, even when the phone is in your pocket- Through its reward mechanism, it makes commuting “healthier, cheaper and more fun-” In addition, a new function allows compare the score with that of other users, making it even more attractive-

“The WeWard ‘app’ is a true revolution in the ‘retailtech’ market- It allows many physical retailers (such as Carrefour City, Samsung, Sephora or Foot Locker) and online retailers (such as Nike, Puma or Converse) to obtain new It also helps cultural centers, monuments and independent merchants to gain visibility and generate traffic, “the company explains in a statement-

FIGHT AGAINST SEDENTARISM AFTER CONFINEMENT

Many of the tourists who have started their vacations aim to overcome the effects of sedentary lifestyle caused by confinement- Walking can be one of the simplest and most economical activities that does not require a special investment in equipment, as well as being a very safe option, as it can be done individually or in company in open spaces-

Walking is associated with better mental and physical health: less diabetes and cardiovascular disease, better blood pressure, a slight reduction in body mass index- This physical activity reduces the risk of comorbidity, reducing the possibility of having complications and developing severe forms of Covid-19, according to WeWard-

“No more excuses to remain inactive and locked up at home”, has as its motto the ‘app’, which is set as a target “accompany users on their walks and make them discover unusual places while proposing good plans for that moment- “Thanks to geolocation, the application offers a map and indicates the museums, monuments, parks or places of interest that can be easily accessed on foot-

In addition, WeWard offers the possibility of set new goals, new challenges and even make comparisons with other users and family members- An application that mixes physical exercise and play- “Thanks to WeWard, users can walk 24% more than they normally did,” concludes Yves Benchimol, CEO of WeWard-