In Israel, the Christian population continues to grow 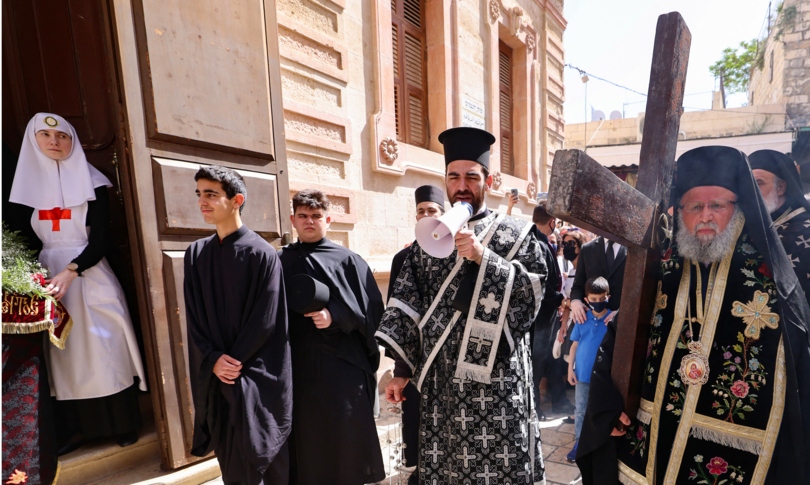 The Christian population of Israel continues its slight numerical growth which has characterized it since the birth of the Jewish state, but also continues its progression reduction in percentage terms compared to other faith communities – Jews, Muslims and Druze – present in the country. This is the basic scenario outlined by the data published on Christmas Eve 2021 by the Central Statistics Office of Israel and taken up by Agenzia Fides.

According to the numbers provided by the Israeli institution, 182,000 Christians currently live in Israel, equal to 1.9 per cent of the national population. In 2020, the Christian population in the Jewish state grew 1.4 percent compared to previous surveys.

Israeli statistics also provide data on elements that connote the Christian component from an ethnic, personal, professional and cultural point of view. At the same time, in order to properly grasp the extent of the numbers provided, it is useful to take into account some key factors affecting the collection of data, and to compare the results of the latest surveys with similar statistics provided by Israel in previous years.

If we consider the entire table of the growth of the different faith communities registered in the State of Israel since the moment of its birth, it is noted, for example, that the Christians present in the Jewish state in 1949 were 34 thousand, in 1970 they were 75 thousand, in 1990 they were almost 115 thousand and in 2019 they were more than 180 thousand.

The growth rates of the Christian population in Israel are therefore incomparably lower compared to those registered in the Jewish and Islamic components of Israeli society. A certain similarity can be recorded only with the growth figures recorded among the Druze, which were less than 15,000 in 1949 and had risen to 143,000 in 2019.

According to the data just published by the Central Statistics Office, relating to 2020, 76.7 percent of Christians in Israel are Palestinian Arabs, and most of them live in the northern region of the country (with more than 21,000 baptized persons concentrated in Nazareth). Most non-Arab Christians are concentrated in the Jaffa and Tel Aviv area.

But it must be borne in mind that the Israeli statistics take into account only Christian citizens who are permanently and legally resident in the country, excluding from the calculation the tens of thousands of foreign workers present in Israel for more or less long periods of time, and who also represent an increasingly important component in the Churches and ecclesial communities of the Holy Land. Non-Arab Christians permanently present in Israel have largely immigrated over the last few decades, arriving in the country mainly from the countries of the former Soviet Union, following Jewish relatives.

In 2020, there were 2,497 new births in Christian families, while the average number of children up to the age of seventeen in a Christian family was 1.93 units (the lowest birth rate among all components of Israeli society, if we consider that in Jewish families the average number of children is equal to 2.43, and in Muslim families it reaches up to 2.60).

Christians appear to be the component with the highest average level of education, especially in the female part of the population.

The percentages provided by the Central Statistics Office also include that according to which 84% of Christians in Israel say they are “satisfied” with their condition of life.

Given that it acquires interest also in the light of the recent controversies following the declaration released in mid-December by high representatives of the Churches and ecclesial communities of Jerusalem, in which, among other things, reference was made to “Countless attacks” perpetrated by radical groups against churches, monasteries and representatives of the clergy, prefiguring behind such violence and profanations a real plan aimed at “expelling” the Christian presence from Jerusalem and the Holy Land.