Vladimir Putin: “Ukraine is an integral part of Russian history” 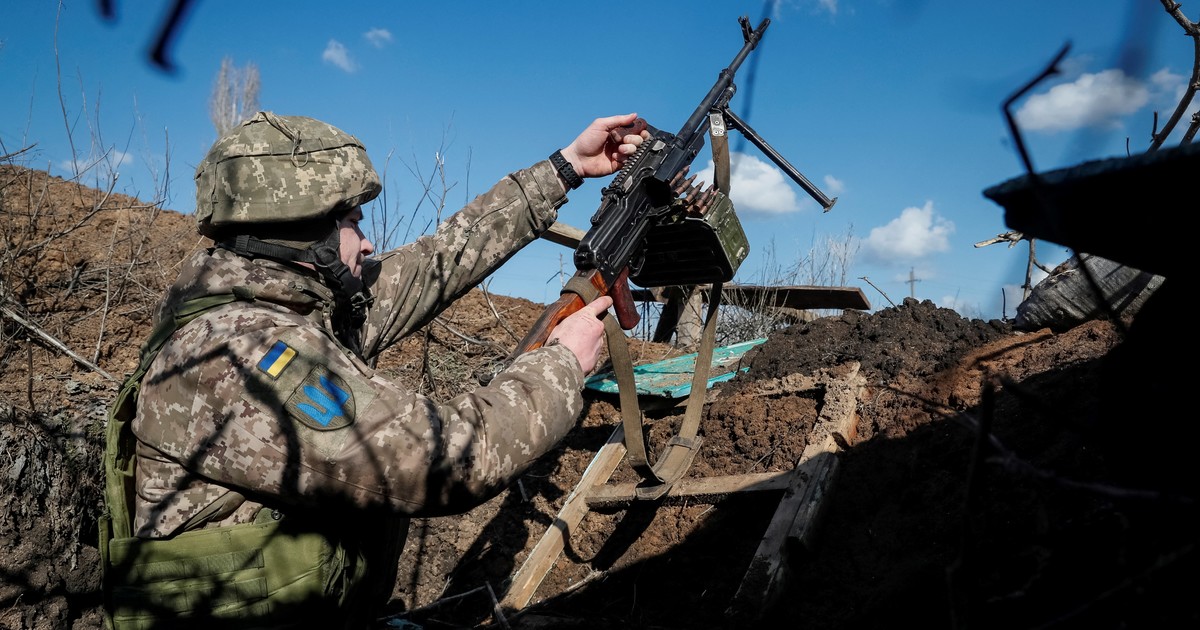 “Ukraine is not a neighboring country, is an integral part of our history and culture” Russian President Vladimir Putin said in an address to the nation via live television broadcast.

Russian President Vladimir Putin will announce its decision to recognize the independence of the self-proclaimed breakaway republics of Donetsk and Luhansk in eastern Ukraine.

“I have listened to your opinions. The decision will be adopted today,” the Kremlin chief said at the end of an enlarged meeting of the Russian Security Council broadcast on television, something unprecedented in the country’s political practice.

Virtually all members of the Security Council spoke in favor of recognition of independence to pro-Russian entities.

“With it (with recognition) we send a powerful signal to the russian world. We cannot watch with indifference how for 8 years they mistreat our compatriots, our citizens. That is why I see no other way,” Russian Foreign Minister Sergey Lavrov said.

The secretary of the Security Council, Nikolai Patrushev, spoke in favor of Putin meeting with the president of the United States, Joe Biden, and telling him that if in two or three days he is able to put an end to the bloodshed in Donbas then there will be dialogue.

“Give the West two or three days to reconsider? This, of course, is a matter of taste, but it certainly won’t change your position. Everyone understands this,” the head of Russian diplomacy argued with Patrushev.

The Russian Defense Minister, Sergei Shoigú, was also blunt: “I consider that they have not left us an option, so I say unequivocally: yes, we must recognize them,” he said.

In his opinion, Ukraine is not seeking compliance with the Minsk agreements for the settlement of the conflict in Donbas, but is preparing for a military solution.

Ukraine called for an immediate meeting of the UN Security Council to address urgent measures aimed at achieving a de-escalation and practical steps to ensure the security of the country.

Foreign Minister Dmitro Kuleba indicated in a tweet that Kiev invokes article 6 of the Budapest Memorandum (1994), which granted Ukraine security guarantees in exchange for giving up the nuclear arsenal inherited from the former Soviet Union.

Kuleba explains on his Twitter account that he sent the corresponding request by order of the president, Volodímir Zelenski.

During the last Munich conference, Zelensky called on the West to guarantee Ukraine’s security until that the country does not enter NATOsomething the Kremlin is adamantly opposed to.

In addition, the head of diplomacy denied the information from Russia that Kiev has attacked the territory of the Donetsk and Lugansk people’s republics, the scene of an upsurge in hostilities since last week.

Kiev believes that Moscow and pro-Russian separatists have orchestrated a disinformation campaign about an impending Ukrainian offensive, which led the rebels to announce the general mobilization of older men and the evacuation to Russia of the civilian population.

Next, the pro-Russian leaders asked the head of the Kremlin, Vladimir Putin, for recognition of their independence, who presided over a meeting of the Russian Security Council to address the matter.

Putin has already defended the recognition in 2008 of the independence of the Georgian breakaway regions from Abkhazia and South Ossetia.

Russia has in recent years granted citizenship to about 700,000 residents of the pro-Russian areas of Donbas, who even participated in the legislative elections last September.

“Not only Ukraine, but the whole world is closely following Russia’s actions regarding the recognition of the so-called self-proclaimed Lugansk and Donetsk republics. Everyone is aware of the consequencesKuleba wrote about it in another tweet.

“There are a lot of emotions out there, but it is exactly now that we must all calmly focus on de-escalation efforts. There is no other way,” he stressed.

2 thoughts on “Vladimir Putin: “Ukraine is an integral part of Russian history””