Car market in Italy: New drop in registrations: – 24.6% in November 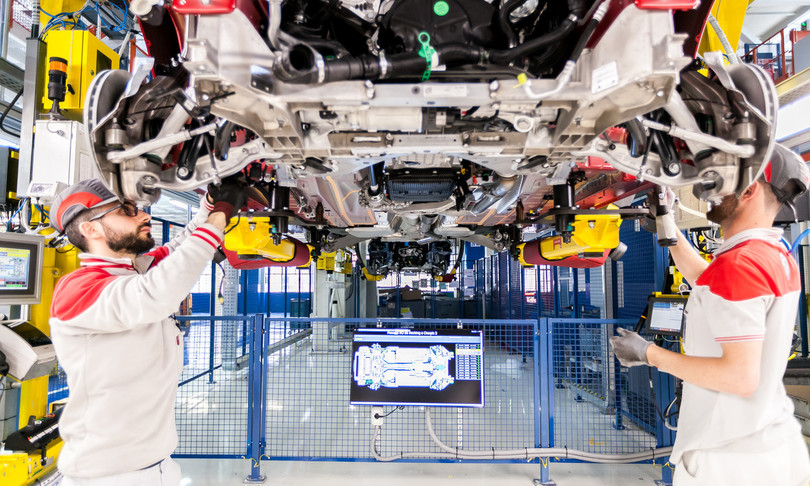 The car market in Italy it also sinks in November, for the fifth consecutive month. According to data from the Ministry of Infrastructure and Sustainable Mobility, 104,478 cars were registered last month compared to 138,612 registrations in the same month of the previous year, a decrease of more than 24%.

The microchip crisis has a heavy impact on the registration budget which, according to 81% of the dealers interviewed by the Centro Studi Promotor as part of its monthly survey, is the primary cause of the current catastrophic situation of the Italian car market.

In November, however, some attenuation of the weight of the microchip crisis was noted, also because a certain number of buyers give up the car they would like to choose from those available with delivery within a reasonable time. In addition to the issue of microchips, however, there are also other aspects that heavily affect the car market. In particular, again according to the dealers, the general economic situation (39% of indications), the health emergency for the coronavirus (30%) and the demonization of diesel (28%) weigh.

Another element of weakness for the car market is the disorientation of consumers that is taking place in relation to the campaigns to support the transition to electric. Many motorists do not yet feel in a position to switch to electric, but they have strong qualms about buying traditionally powered cars for fear that the new car purchased will be quickly put “out of order” due to the advent of the electric.

To the disorientation of consumers is added a notable “disturbance” of the dealers for the declared intention of various car manufacturers to want to go beyond the dealer system to switch to other types of sales organization. In this negative context, the fact that the pandemic has reduced the use of cars also weighs heavily and this element also negatively affects the propensity to buy a new car.

To all this is added that i funding for incentives to zero-emission or low-emission cars and to traditionally fueled ones with emissions not exceeding 135 grams of CO2 per kilometer are now completely exhausted and, at the moment, it cannot be predicted if and when they will be renewed.

There is a lack of incentives in the budget

In particular, the Finance Law for 2022 does not provide for anything for the car, much to the disappointment of operators in the sector and also of motorists who expected the launch of an organic plan with a suitable set of incentives to facilitate the transition to the car. electricity, which remains the fundamental objective not only of ecologists, but also of politics. On the basis of the dynamics in progress, it can be expected that the car market will close 2021 with 1,460,000 registrations, a very low level, considering that a volume of registrations of 2,000 is required to ensure the regular replacement of the Italian fleet. 000 per year.

The conclusion is that the Italian car fleet, which is the oldest in Europe, it will be even older, more polluting and less safe. According to Gian Primo Quagliano, president of the Centro Studi Promotor, the attitude of the Government appears absolutely incomprehensible which, while the Italian economy as a whole is recovering, does not intervene to prevent the car sector, which has a considerable weight in the economy of the country, is in disarray.