The Argentine Nicolás Catena Zapata, the first South American to receive an important award from the wine industry 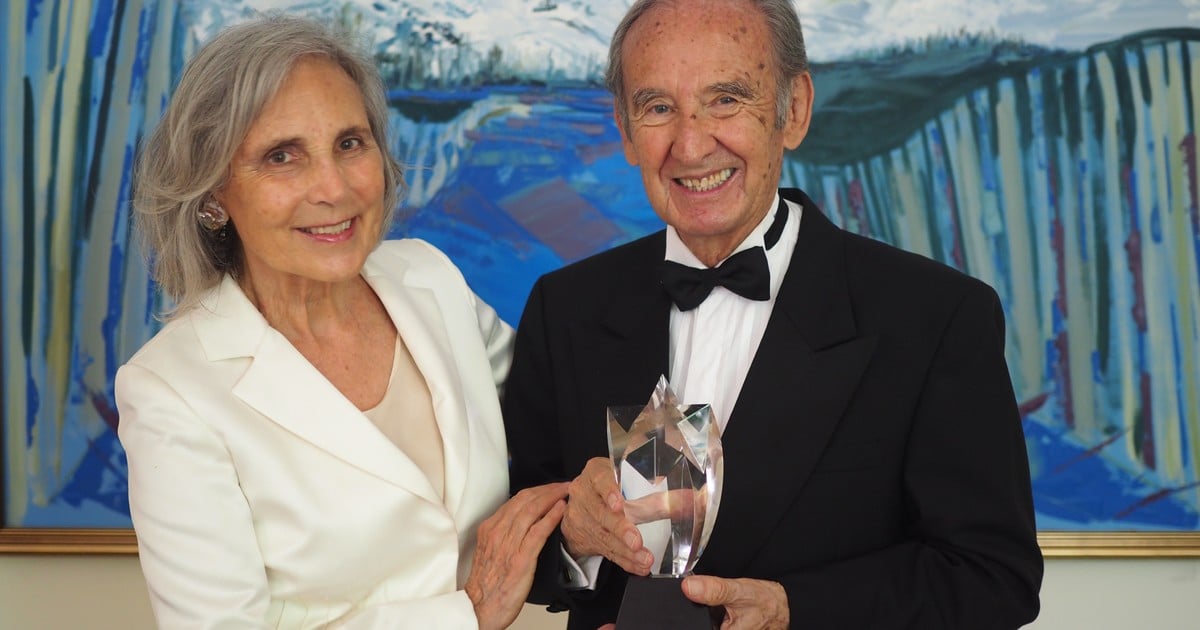 It is literally the achievement of a lifetime of work dedicated to wine. That is the meaning of the “Lifetime achievement” award received this Monday night in Miami by Argentine wine entrepreneur Nicolás Catena Zapata at the Wine Enthusiast Wine Star Awards ceremony. It is the first time that a South American is distinguished with this recognition.

The awards, which are in their 22nd edition, recognize both individuals and companies that stand out in the international industry. They are organized annually by the North American magazine Wine Enthusiast, founded in 1979. The entire staff of the publication, including the editorial team, sales and marketing participate in the vote.

In the case of Catena, among the reasons why he was chosen was considering him a “visionary”, for having proposed to produce world-class wines more than forty years ago, when Malbec was not yet an Argentine flagship in the international market. .

“It was a bold move for Dr. Nicolas Catena, whose Italian immigrant grandfather founded the winery in 1902,” wrote Wine Enthusiast editor Michael Schachner in the article published about his award. “In the early 1980s, Argentine wines were largely a domestic product, not the gems they are today,” he added.

Nicolás Catena in his vineyards, in 1999.

“The godfather” of Argentine wine

Nicolás Catena is an economist. In the 1980s he lived for a time in California, where he served as a visiting professor at UC Berkeley. By then, he already had the family winery in Mendoza, which produced a very different wine from the one he tasted in Napa Valley. Inspired by young Californian winemakers, he returned to the country with the conviction of modernizing his vineyards.

Nicolás Catena has a wine with his own name in the portfolio of his winery.

He invested in technical equipment and microclimate research, he was also a pioneer in promoting high-altitude viticulture, which allowed him to achieve exceptional wine profiles.

“At 82 years old, he is widely considered ‘the godfather’ of modern Argentine wine,” states the Wine Enthusiast article, which also adds: “Malbec is now almost synonymous with Argentine wine, while several of Bodega’s best wines Catena Zapata, including Argentine Malbec and a Malbec-Cabernet Sauvignon blend named after visionary Nicolás Catena, are universally praised.”

Upon receiving the award, Catena said: “I am deeply honored. Coming from a family of immigrants, I think of my grandfather, who traveled from Le Marche, Italy, to Argentina at just 17 years old, alone and facing an uncertain future. Three years later he planted his first Malbec vineyard on the banks of the Tunuyán River, in Mendoza. I know he would be very proud of our family today.”