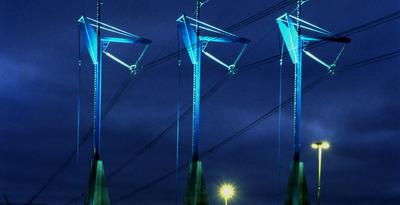 According to a new study, an awkward chain reaction could occur in the European energy market if the flow of Russian energy to Finland and Europe were completely cut off.

Researchers at Aalto University came to this conclusion in a prompt study. They consider this chain reaction to be the biggest risk associated with Russian sanctions in the energy sector.

“If Russian energy runs out of Finland and Europe, each country will probably want to secure its own energy supply in the first place. Then we can be in a situation where other neighboring countries also stop exporting energy to us, ”says Professor of Economics at Aalto University. Matti Liski in the bulletin.

The security of supply risk is described as a power shortage. It means the hours when the production of electricity is not enough to meet its demand. Under normal conditions, the expected value of the power shortage in Finland is less than an hour a year.

The researchers modeled two different scenarios. In the first, imports of both electricity and gas from Russia will be cut off, but import connections from Sweden and the Baltics will operate normally. This causes a power shortage of up to 16 hours in a situation where Olkiluoto 3 is not yet operational.

In the second scenario, imports of electricity and gas from Russia have been cut off and at the same time import connections from Sweden and the Baltic countries are being cut off.

Then the power shortage could reach up to 2,500 hours, which would make it more difficult to access electricity, especially in winter. Olkiluoto 3’s electricity generation does not significantly change the big picture in either scenario.

However, the worst situations can be prepared for.

According to the researchers, the first measure to ensure security of supply is to prepare for its electricity regulatory protocol. The regulation protocol means the order in which, for example, electricity consumption is regulated and is the responsibility of the transmission system operator Fingrid.

In the short and medium term, many measures can support economic and social activity.

These include consumer price compensation, the taxation and return of income to businesses and consumers in the form of subsidies, the cap on carbon emissions, electricity savings and the rapid introduction of energy saving and production solutions.

Researchers emphasize that rapid changes in the electricity market should not allow Finland’s carbon neutrality goals to be affected in the long term.

Researchers are also proposing a market model in times of crisis that would limit the effects of high prices. In the model, consumers’ electricity bills would be reduced to match the average production costs of electricity.

“Because the crisis will not affect the cost of nuclear power, for example, the model would protect consumers and the economy,” says Liski.