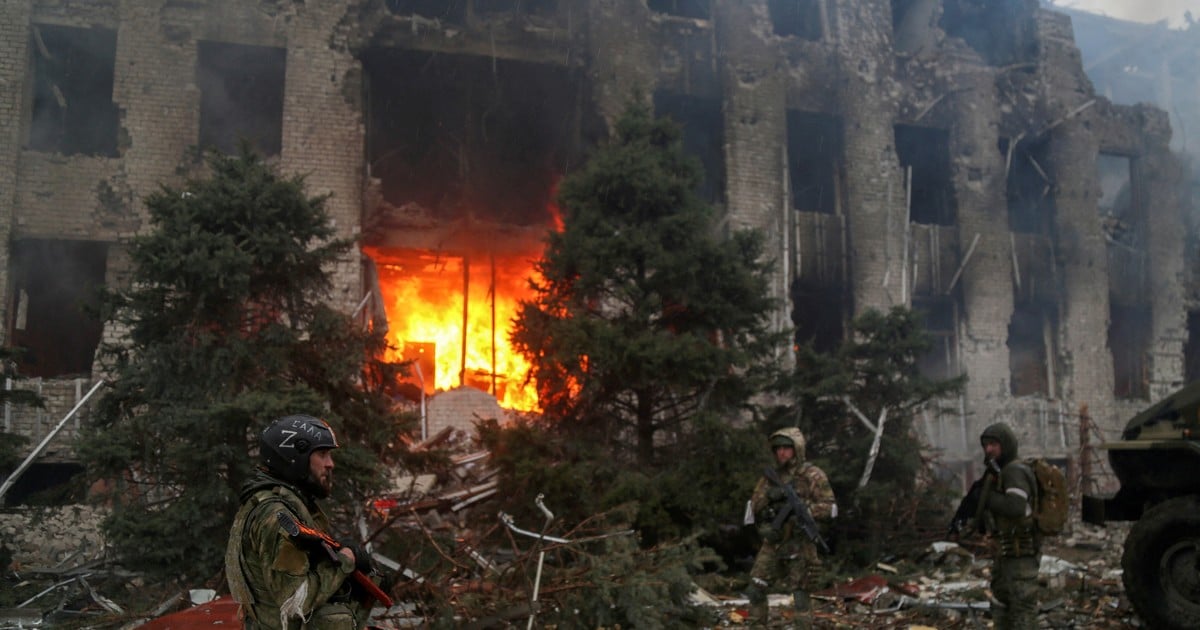 Janet Yellen, US Treasury Secretary, warned that the complete embargo of Russian energy by Europe “…it would clearly increase global oil and gas prices, and would have a damaging impact in the European Union and in other parts of the world.”

At the same time, the US official pointed out that this measure would not negatively affect Russia, which, on the contrary, would benefit from higher international prices. The risk that Janet Yellen worries about – in a supreme irony – is what has actually happened.

The ruble devalued 45% against the dollar in the first week of March (US$1/R. 150) as the US, the European Union (EU), and the UK froze more than a third of their reserves (US$300,000 million), which at that time amounted to US$648,000 million, and which are the seventh in the world in order of importance.

Then, in the last week of March, the ruble recovered more than 50%, reaching a price of US$1/R. 81.7, which was the same as on February 23, the day before the invasion of Ukraine resolved by President Vladimir Putin.

This extraordinary macroeconomic recovery responded to the following reasons: firstly, a drastic change control resolved immediately by the Russian government in the face of international sanctions, accompanied by a doubling of the interest rate set by the Central Bank, which reached 20% per year.

But the root cause, of a structural nature, of this phenomenal event was due to the fact that the price of oil reached US$118 per barrel as a consequence of the international punishments imposed on Russia.

The result was that the Russian Federation then experienced the best terms of trade in its history, with a current account surplus this year of US$250 billion (Institute of International Finance/IIF), while it reached US$120 billion last year. In other words, international sanctions virtually doubled the positive Russian current account gap.

In summary, it can be stated without fear of hyperbole that Russia has been the country that has benefited most from the international sanctions imposed on it by the US and its allies. The story has, apart from its tragic aspects, a deeply ironic content, perhaps because it is a “feat of freedom” that always breaks the limits imposed on it.

The Bundesbank pointed out the same week as Yellen that the ban on Russian gas imports would reduce the product of the Federal Republic by more than 5 points (US$4.5 billion/5% of global GDP), which is the fourth in the world, and implies a loss of more than $190 billion in 2022.

Germany depends on more than 60% of Russian gas, and its manufacturing industry, which is the third in the global system, consumes more than a third of that total. In sum, Russian gas supply is a fundamental component of German competitiveness in the world.

The Bundesbank also says that the loss of Russian gas would add 1.5 percentage points to the Federal Republic’s inflation rate, which rose to 7.3% annually in March this year, the highest level since reunification in 1991.

The thing to keep in mind is that the Bundesbank’s estimate of the loss of Russian gas would force a contraction of 2% per year in a recession that would necessarily drag down all of Europe.

For its part, the encirclement and annihilation operation carried out by the Russian army on the Ukrainian elite forces in the southeast of the country has become the decisive battle of the war, in which a resolution would be reached in the next 3/4 weeks. For all this, perhaps British Prime Minister Boris Johnson has admitted that there is a “high probability” that Russia ultimately wins the war.

The Ukrainian conflict has become a prolonged war of a global nature that the US is carrying out against Russia at the head of the West, and through NATO.

This occurs when the commander in chief of the Armed Forces. Americans, President Joe Biden, has 39% support in public opinion, and 60% rejection.

It is therefore not surprising that more than 70% of Americans, which includes both Democrats and Republicans, believe that the course of the country with the current president is profoundly wrong.

The battle that is taking place at the moment in the South-East of Ukraine is a turning point in the history of Europe and the world; and this happens when the mid-term elections in the US are approaching, which all the polls indicate would imply the loss of both chambers of Congress for the Democrats and President Biden.

History, in short, accelerates, and acquires a character of qualitative leap, rupture and abrupt search for the new; and this happens both in the Southeast of Ukraine and in Washington Federal District.

The year 2022 thus becomes one of the decisive years in the history of the century.