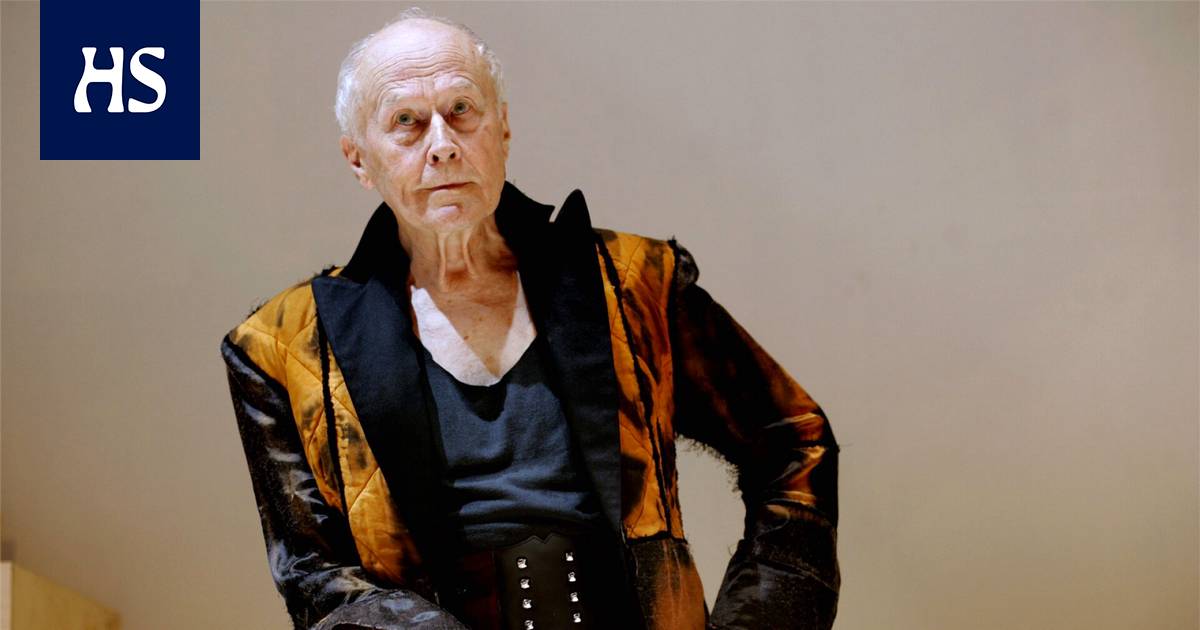 Matti Lehtinen excelled in opera, lied and as a pedagogue and did recitation tasks until the end.

Legendary baritone Matti Lehtinen died Tuesday morning, August 16, aged 100, in a senior home after a short illness. The information is confirmed to HS by Lehtinen’s son Kauko Lehtinen. Lehtinen was born on April 24, 1922 in Lappei.

Lehtinen’s talent was noticed early on, but everything was nipped in the bud in the follow-up war, where he was wounded twice.

“There were also near-miss situations. I was crouching over the field phone as the armor shot through the top of the tent. Another time I observed two Soviet tanks and didn’t notice that the third one had turned the barrel directly towards me. However, it hit a rock in front of me,” he recalled to HS At the age of 93.

The war after graduation, he made rapid progress in his vocal studies at the Sibelius Academy and Stockholm. The first concert and opera debut at the Finnish Opera, i.e. the current National Opera, were in 1948.

The international breakthrough came with winning the Geneva singing competition in 1950. It soon led to a few years of being attached to the Cologne Opera, where he recalled that he learned the trade quickly, when there could be as many as 17 performances in a month.

Fortunately for the Finns, he returned to his homeland and was the driving force of the National Opera both as a soloist and as a freelance artist. He was also a regular performer at the Savonlinna Opera Festival and still performed abroad.

“There were peak moments Treasure of Merikanton Juha specifically in Savonlinna, Mozart’s Taikahuilun Papageno under the direction, which had a lot of my own translation, and for example Kalevi Ahon monologiooppera Key”he recalled seven years ago.

Leafy was a favorite of both the public and Finnish critics for decades in his more than sixty operatic roles.

“For lovers of vocal art, Lehtinen is not a fond memory, because all you have to do is open Yle’s number one at the right timeand Lehtinen’s familiar, warm, lithely lyrical baritone voice sounds fresh and alive”, HS’s decades-old music critic Hannu-Ilari Lampila has written.

“He is one of the most advanced interpreters of Finnish feelings. He had an inimitable skill to sprinkle a little gold of humor even in the notes of sadness and longing,” Lampila characterizes.

Sibelius Academy Lehtinen served as a professor from 1963–1987, and his students included, for example Jaakko Kortekangas and Esa Ruuttunen.

“Matti was a unique singing artist in the history of Finnish singing. As a pedagogue, he was also personally remarkable and downright magical,” characterizes Ruuttunen.

“Cold shivers went through the singing lessons when he sang something in front of me. For him, words and text were extremely important. The text always had to come out.”

This was also emphasized by Lehtinen to HS seven years ago.

“I want to bring the ideal of clear pronunciation to the opera stage,” he said and suggested emphasizing the issue in education as well.

“The Sibelius Academy should have a pronunciation lecturer. Now music and text are understood as two different things. There would have to be a pronunciation teacher who could speak many languages ​​and who could really make these things one thing for the students.”

Leafy gave concerts as a singer until he was about 90 years old and continued as a speaker after that. At the age of 93, he appeared as the voice of God, for example Benjamin Britten Noah’s ark -opera, and even last Christmas he recited Yrjö Jylhää at the Christmas party in a way that made a big impression on his close circle.

During the rehearsals of the Britten performance, HS asked Lehtise, who played the role of God’s voice, what he would like that voice to say to people in this time. The answer came quickly.