Basquiat’s ‘The Guilt of the Gold Teeth’ sold for $ 42.7 million 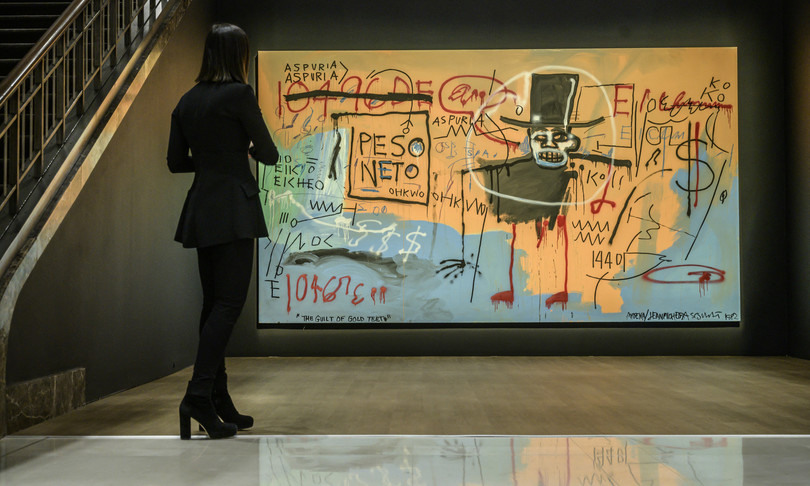 At Christie’s 21st Century Art Auction, a work by Haitian-American artist Jean-Michel Basquiat, entitled “The Guilt of the Gold Teeth”, was sold for 42.7 million dollars. Despite being one of the largest works painted by Basquiat in 1982, which is considered the artist’s best year, the work, 2.40 meters high and more than 4 meters long, barely reached Christie’s low estimate of 40 million dollars, and remained far below the maximum price of 80 million dollars estimated by its experts.

Either way, its value has skyrocketed since the last time a Basquiat painting was auctioned in 1998, when it sold for less than $ 400,000. Since then, however, the taste of collectors for Basquiat has literally multiplied.