Here comes “Napoleon. In the name of art” the documentary with Jeremy Irons 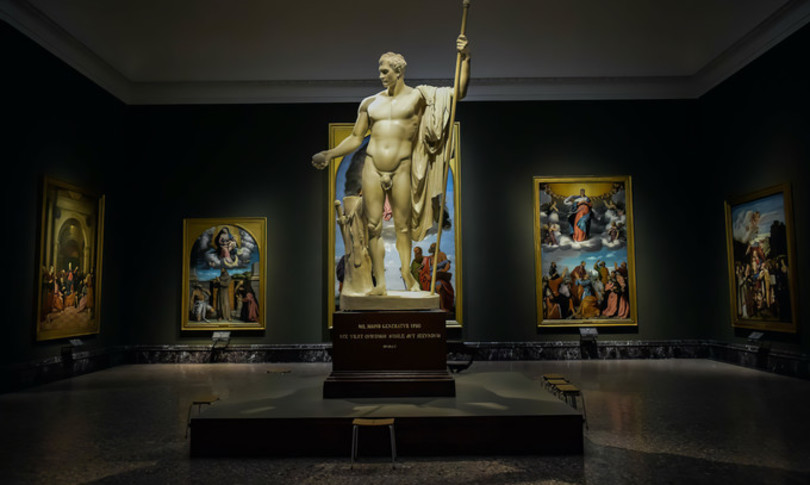 During the “agonizing drift of Sant’Elena”, before his death, Napoleon thought – we read in the memoirs – that posterity would admire him not only for the battles, but for having brought culture and beauty to the people, creating the school public and the modern idea of ​​a universal museum.

It is from this aspect of his existence that Napoleon was born. In the name of art ‘, a documentary with the exceptional guide of the Oscar winner Jeremy Irons, produced by 3D Produzioni and Nexo Digital in partnership with Intesa Sanpaolo and Gallerie d’Italia and arriving in Italian cinemas only on 8, 9, 10 November.

On a subject by Didi Gnocchi, who wrote the screenplay with Matteo Moneta, ‘Napoleone. nel nome dell’arte ‘is directed by Giovanni Piscaglia and proposes the original soundtrack by the composer and pianist Remo Anzovino.

Failed writer, compulsive reader, admirer of art and its power of communication, Napoleon was driven to his exploits by the desire for power and glory, but also by the need for knowledge and the ambition to associate his image with the great civilizations of the past.

During the military campaigns, he promoted research, colossal thefts of works and archaeological excavations, especially in Italy and Egypt, from which discoveries such as that of the Rosetta Stone and the foundation of the first public museums in the world were born: the Louvre in Paris and, on the his example, the Pinacoteca di Brera in Milan.

Indefatigable mind, prodigious memory, passionate about every discipline, Napoleon (1769-1821) transformed his natural sense of superiority into paternal instinct: the citizens of the Empire were children to be educated for him, with paintings, sculptures, music, theater.

In the conquered territories he brought scholastic reforms, architectural and urbanistic revolutions and a new way of understanding classicism: the Empire Style, of which the figure of the sovereign is an integral part, portrayed in marble busts, coins and snuffboxes, or only mentioned through the famous N.

Starting point of the film is the coronation of Napoleon as king of Italy in the Milan Cathedral on May 26, 1805: a moment that underlines the stringent link with the Greco-Roman world, with the Renaissance and even with the Lombard heritage, represented by the Iron Crown that Napoleon wished to wear at the height of the ceremony.

Furthermore, for the first time in 200 years, Francesco Pollini’s Te Deum was transcribed, orchestrated and performed in the Cathedral, which was composed and played for the coronation and which has only recently been rediscovered.

The manuscript, part of the music of the Napoleonic court preserved in San Gottardo in Corte, was found in the Library of the Giuseppe Verdi Conservatory in Milan thanks to research conducted by the Lombard Royal Residences Documentation Center, studied by Licia Sirch and specifically transcribed.

In the film we see it performed in a dress rehearsal at the Hall of the Caryatids of the Royal Palace and then in the cathedral of Milan by the “I Pomeriggi Musicali” Foundation Orchestra, conducted by Marco Pace, with mezzo-soprano Giuseppina Bridelli.

For the occasion, we will also follow the restoration of the mantle worn that day by Napoleon and the ceremonial objects that accompanied it, a precious recovery work linked to the Restituzioni project by Intesa Sanpaolo.

Milan, chosen as the first capital of the kingdom of Italy, a city of strong Napoleonic sympathies, is the fundamental location of the film. From the Braidense National Library – with the autographed manuscript of Manzoni’s Il cinque maggio and the volumes of the Description de l’Egypte – to the Pinacoteca di Brera, one of the fulcrums of the narrative.

If in fact, starting from the Italian countryside, the peninsula was the subject of meticulous looting of works of art, it is true that with Brera the first Italian “universal museum” was founded, a “small Louvre” where the best of production converges Italian.

If Milan was a center of reception and sorting of works, Rome was certainly a privileged place of “extraction”, as well as a portal through which to reconnect to the myths of Alexander the Great, Augustus and Hadrian. From the Pio Clementino Museum and the Capitoline Museums, the film tells the odyssey of the works that left for Paris and returned home, in silence, at night, in 1816, thanks to the commitment of Canova.

These are some of the most important works of the Western tradition: the Apollo of the Belvedere, the Laocoon, the dying Galata and also the Capitoline Brutus, who became an icon of republican freedom and tyrannical struggle in Paris and carried in triumph in the processions that celebrated death. by Robespierre.

In the rooms of the Louvre we can explore the scientific and encyclopedic criteria with which the exhibition of the works was organized and admire the coronation of Napoleon and Josephine of Beauharnais on 2 December 1804, in Notre-Dame, a monumental work by Jacques-Louis David.

A Tuscan interlude then leads the viewer to San Miniato, the place of origin of the Bonapartes, and on the Island of Elba, where the books that the Emperor brought with him into exile allow us to talk about his obsessive love for reading, his exceptional memory.