After the attack: This is how Yolanda Hadid was photographed 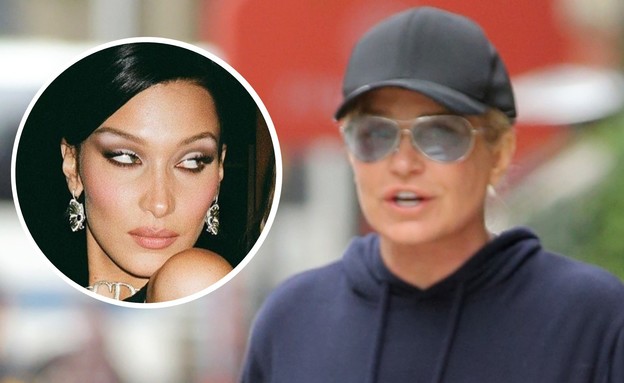 In six days we will mark a month before the start of Operation The Wall Guard, which managed to stir up social networks like no other operation has. The celebs on both sides of the conflict reacted sharply to the operation, the local stars went on the offensive and many stars overseas chose to criticize the political conduct – sometimes without ever visiting here. After the sons and daughters of the Hadid family managed to position themselves as the least beloved family in Israel, this is how the family was photographed.

Yolanda, 57, was photographed on the streets of New York walking with her first granddaughter, the daughter of Gigi Hadid and Zain Malik. The star’s mother wore a blue sweatshirt, black hat, large sunglasses and tights, and scattered smiles to all the paparazzi photographers who chased after me like a proud first-rate grandmother.

Yolanda is the mother of Gigi, Bella and Anwar, and was married until 2000 to Muhammad Hadid. Muhammad often boasted of his Palestinianness and told his family story, which includes an unforgettable deportation from Israel in 1948, years of life as an immigrant and a strategic settlement in the United States. Yolanda did not join her children’s attacks against Israel in the latest operation, but we believe we will not see her wrap herself in the Israeli flag in the near future.

Last week we told you that Bella Hadid, Yolanda’s 24-year-old daughter, launched a scathing attack on Ayelet Shaked. “Israel’s former justice minister, the Israeli politician who encouraged genocide against Palestinians, especially pregnant mothers, stated how 95% of the content they sought to remove from Facebook was removed,” the supermodel wrote.

The former justice minister decided to refer to the story of the supermodel who went against her policy and wrote on Twitter: “Bella Hadid continues her antisemitic campaign and takes every opportunity to defame Israel. This time, she chose to share with her Instagram followers an ugly lie I called ‘genocide’. It is a baseless demonization that encourages antisemitic violence. As for its publication, as Minister of Justice I have worked extensively with Facebook to remove content that contains explicit incitement to terrorism and violence, to deal with waves of anti-Semitism that threaten the State of Israel and the Jewish people – and I am proud of that. If she opposes removing ads from social networks that incite terrorism and call for the killing of Jews and the destruction of the State of Israel, she will be ashamed. “