Bella Hadid was photographed with the Israel chain 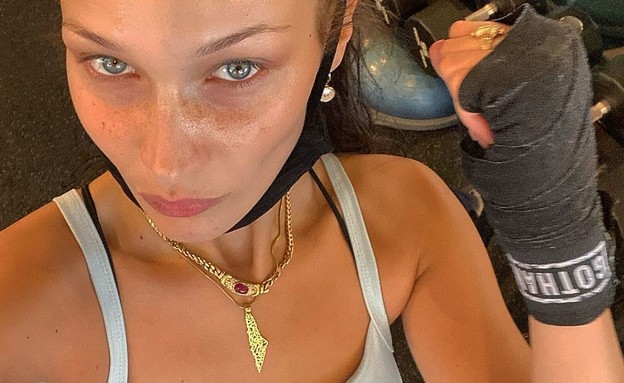 Bella and Gigi Hadid have always been proud of their Palestinianness, but in recent months, the model sisters of the Hadid family have been constantly criticizing Israel. They posted dozens of posts a day during Operation Guardian, caused millions to memorize half-details of the Israeli-Palestinian conflict, and even personally attacked government ministers. After only yesterday we told you that Bella came out in her story against the incoming Prime Minister, Naftali Bennett, this morning Bella managed to surprise the followers with a new necklace that appeared around her neck.

The star uploaded a photo to her Instagram page, which is followed by 43.4 million people, and in which she was photographed during a workout in the gym. The star took a selfie near a weight stand with a glove next to it, and made a fist mark with her palm. Followers were surprised to find out that Bella’s necklace had a gold chain in the shape of the State of Israel, and if you ask Mrs. Hadid – in the shape of the Palestinian state.

Bella’s picture was filled with dozens of enthusiastic reactions that crowned her Queen of Palestine. Dozens of flags were flown in response to comments on the post, which has already garnered millions of excited likes. Will Natalie Dadon and Danit Greenberg enlist again in the campaign against Hadidz following the post? We will continue to follow closely.