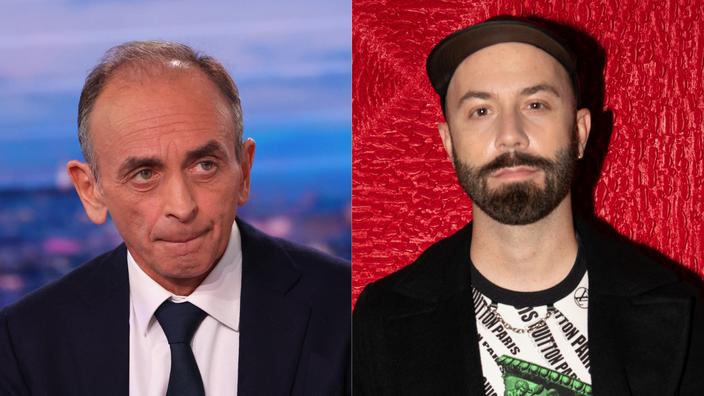 The artist from Lyon has cracked a concise statement on social networks, in which he denounces “A propaganda video using, in a completely illicit manner, [sa] music”, broadcast by the youth body and support for the now presidential candidate.

This time, Eric Zemmour’s candidacy video is not questioned. The singer Woodkid protests against another clip published by the youth movement Generation Z, support of the polemicist, posted on social networks and since deleted. “A propaganda video”, in the words of the artist, which makes use of his tube Iron, released in 2013. Slight drawback, however: no authorization was given by the musician to this political organization.

Woodkid’s Fury. The artist, Yoann Lemoine of his real name, cracked a concise statement, broadcast on social networks and taken up by our colleagues from BFMTV: “Generation Zemmour, a support group for the candidacy of Mr. Éric Zemmour in the next presidential elections, has published a propaganda video using my music completely unlawfully and I therefore clearly intend to initiate proceedings in this context.”

If the candidate now declared is not directly targeted by this complaint, this lawsuit adds to the controversy triggered by his candidacy video, broadcast yesterday at noon. Which was punctuated with images belonging to various media and operating companies. This time again, without the authorization of the rights holders. No prosecution has yet been initiated, but Gaumont and journalist Clément Lanot have declared that they will not rule out taking the case to court. What to call into question the atypical form of this declaration, violently criticized by the political class.