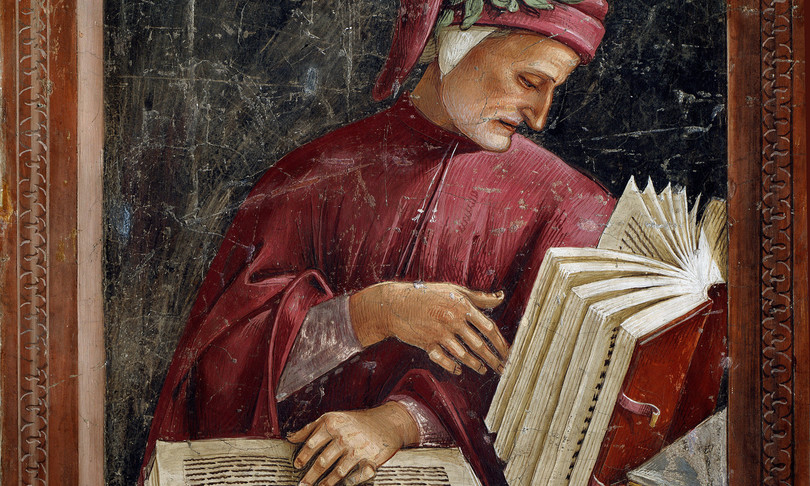 With breathtaking photography and a sometimes dreamlike screenplay, the film is a tribute to the Supreme Poet, but also to an extraordinary Italy. Thanks to the help of passionate scholars and Danteists, who have lent themselves to tell episodes, legends and anecdotes live, and thanks a subtle stitching job, the film portrays the figure of the Supreme Poet, intertwining it with the places where he wandered in Tuscany, Lunigiana and Liguria: castles, medieval villages, towers and perched villages; and beech forests, majestic walls, everything tells of the painful pilgrimage of the ‘exul immeritus’.

With a not simple narrative, the atmosphere of the painful wandering is recreated, recounted the years in poverty of Dante, a guest of liberal aristocrats. They have been years of which little is known because it is not there almost no archival documents and the autobiographical references contained in his works are often cryptic. The documentary therefore starts from triplets and sonnets to immerse the listener in an almost dreamlike atmosphere.

At the end of the year in which the seventh centenary of the death of Dante Alighieri is celebrated and produced by the Dante Alighieri Society, ‘Dante, the exile of a poet’, was written by Bancale himself with the collaboration of Germano Rubbi, the artistic direction by Lamberto Lambertini and historical consultancy by Alberto Casadei, Gino Ruozzi and Marco Veglia. The photograph is by Francesco Masi.

To populate the dreamlike tale, fictional characters: an elderly homeless man (Gigi Savoia), a bizarre traveler with a passion for drawing (Paola Tortora), accompanied by a couple of street musicians (Canio Loguercio and Giovanna Famulari) and a disturbing Spanish monk (Alfonso Desentre). In addition to the protagonists, two boys (Penelope Zaccarini and Mario Di Fonzo) and the director.

“The idea was to create a journey within a journey, Dante’s on the one hand, ours on the other: a 21-day journey that unfolded, even from a human point of view, in a very intense way “, said the director, presenting the film in the Eli Library, in Rome, a space-living room to promote reading and encounters between people The film, which is a candidate to be an extraordinary didactic tool, is also a snapshot of an Italy of poignant beauty.

Fabrizio Bancale is the author and director of theatrical shows, television broadcasts, documentaries and short films. Among his latest works, in 2017 “Samosely – the illegal residents of Chernobyl” (best documentary at the Social World Film Festival and best film at the Fausto Rossano Award) and in 2019 “Roots – the black gold of Calabria”. ()