Disbelief in Greece after filming sex scene on Acropolis 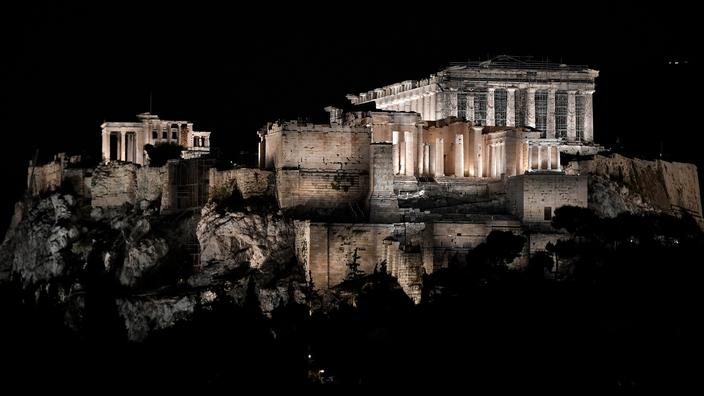 The discovery of a gay report scene, shot in broad daylight near the Parthenon, prompted the opening of a preliminary investigation by the Greek Ministry of Culture.

Stupor at the sanctuary of Athena. The Athenian acropolis was in turn familiarized with the ancient believers close to the goddess of wisdom, with Christians fond of Marian worship, with the soldiers of the Ottoman era then with the waves of tourists who came to contemplate the prodigious remains. of classical Greece. She may not have expected to host the cryptic shooting of an independent short as well. Including a sex scene between two men, crudely filmed on the shoulder camera in the middle of ancient remains. The Greek Ministry of Culture, which did not issue a filming permit, did not expect this either. A preliminary investigation has been launched to determine the circumstances behind this illegal boldness.

“The archaeological site of the Acropolis is not suitable for the creation of militant content or for any other type of activity or crime that could affect respect for the monumentThe Greek Ministry of Culture said in a statement on Friday. The investigation opened at the end of the week will aim in particular to identify possible flaws in the security of the Acropolis site, which receives more than a million visitors per year. And to find the authors of the 36-minute short film entitled Departhenon (Unmarried, in its original Greek title).

Homage to Banquet of Plato

The scene of the scandal is presented as a stimulating daring, thought of as the recreation of a past experience of a man in the group. As well as a tribute to Banquet of Plato. “Health, salacity and riot!”, thus exclaim the extras, fists raised in the direction of the Acropolis, before going there. Shot in broad daylight, in front of the north portico of the Erechtheion but hidden behind comrades acting as a screen, the sequence – which lasts only a handful of seconds – takes place while groups of tourists can be heard passing through the immediate vicinity of the actors at work.

Uploaded to widespread indifference over two weeks ago, the explicit short began to be shared on social media in the early days of January. “As a Greek I’m ashamed, was moved Friday the president of the Association of Greek Actors, Spyros Bibilas, for the Greek television channel ANT1. You can’t do anything and everything in the name of activism. From what I could see, by the way, I don’t even consider it a militant act, but just something stupid.A sentiment perhaps shared by the wise Athena. In the absence of the immoderate Dionysus.