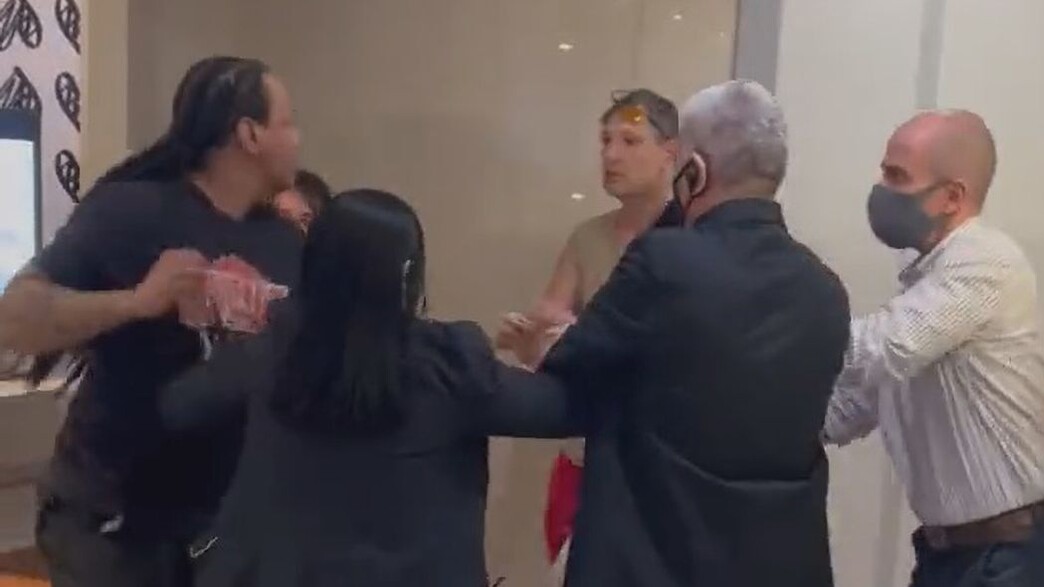 A quarrel between several customers at a hotel in Rio de Janeiro has been stirring the network in recent days after the publication of videos documenting the violent argument between a tourist and a local woman. The preferential treatment the tourist received caused the local to resent, and the tourist to land his arm on her partner. That’s how it ended

Brazilian police are investigating a rather unusual incident of violence that took place recently at a hotel in Rio de Janeiro, where a man lost consciousness after being punched – and everything was documented by one of the guests. The violent incident took place at the Hilton Hotel, where a man and a woman confronted an American tourist in an argument that very quickly lost control.

In the video you can see the tourist (with the red hat) standing on the side while the workers of the place try to take over the woman who confronted him. The woman then appears to slap him angrily, but the guy does not remain obligated, runs towards her, and at the last moment, gives her partner a punch that knocks him to the floor.

The findings of the police investigation revealed that the confrontation occurred after the couple complained that the tourist was given preferential treatment, even though they had gotten there earlier, and after the publication of the video that caused a stir it turned out that the tourist is a music producer HL Thompson, who is considered a “diamond customer” of the hotel chain, which gives him various privileges from the staff of the place.

The woman turned out to be a Brazilian citizen and her partner is a German tourist, and according to reports all those involved in the incident have since left Brazil. Thompson himself addressed the affair in a tweet on his Twitter account, after the video went viral on social media, claiming he attacked the German tourist after he and his partner referred him to racist chants.

The hotel chain has since said it is cooperating with law enforcement agencies investigating the incident, and local police said they are examining security camera footage, and will next invite hotel staff for questioning at the police station.