This is why Kate Middleton Photoshoped her photos 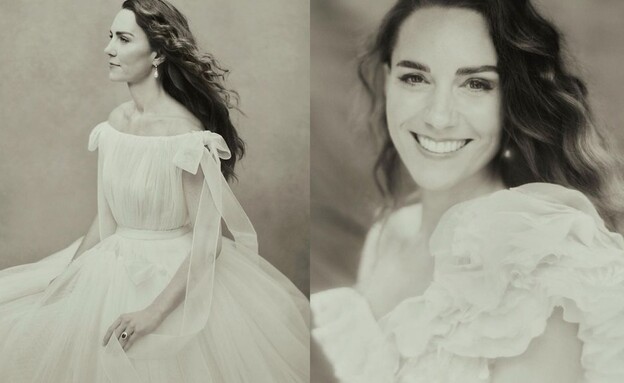 Last Sunday Kate Middleton celebrated her 40th birthday. In honor of her birthday, the beloved Duchess took a number of rather rare portrait photographs, which included quite a few moving gestures to the wives of the royal family.It was not difficult to notice the massive editing of the photos, some of which were taken in black and white with a layer of blur on top. After quite a few questions regarding the massive editing, the British Daily Mail explains that this is not an attempt to hide or obscure flaws – but part of a tribute to the legendary portrait photographers of the royal family.

Kate wanted to pay tribute to the works of Cecil Beton, who photographed the iconic portraits of Queen Elizabeth, the Queen Mother and Princess Margaret in the same way. The effects of concrete can be seen especially in the portrait of Kate taken from her profile, which was photographed by Paulo Roversi.

The images of concrete are also characterized in shades of black and white with a blurry doc on top of them, and in her gesture Kate has managed to produce exactly the same effect. “In the photos, three sides of Kate’s personality come up,” a source close to the Daily Mail said. “There’s the real Kate, who can be seen in the photo she looks directly at the camera. There’s her less formal version, when she’s in the red dress, and her close-up provides a more intimate angle.” We loved it very much.

One thought on “This is why Kate Middleton Photoshoped her photos”