Russia: Posed naked in front of a church – and could go to jail 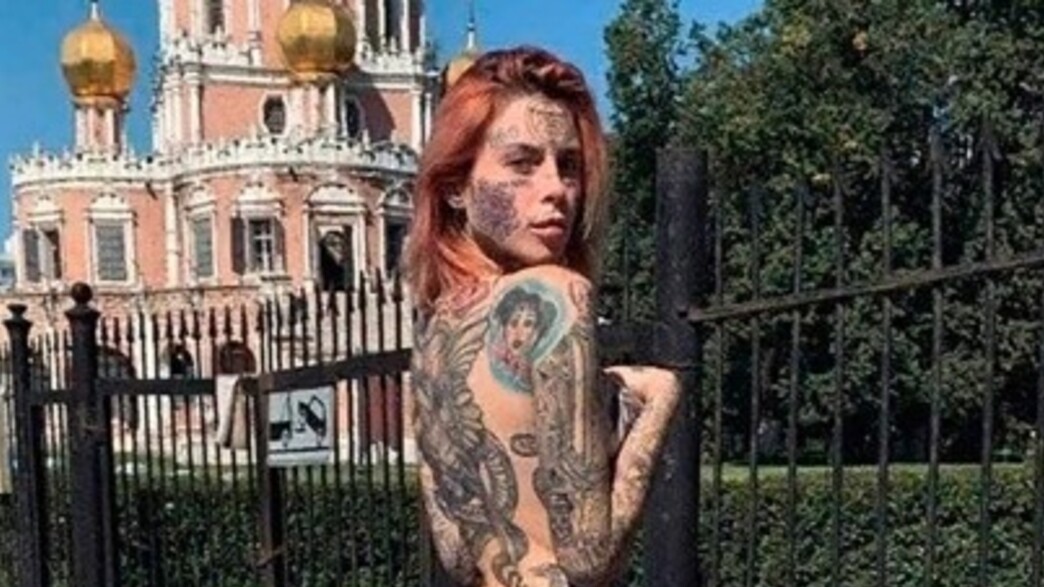 Polina Murugina, a 24-year-old network star from Russia could go to jail after being photographed naked in front of a church. Murugina could face a € 3,600 fine and go to jail if she is accused of “hurting believers’ feelings”.

The picture shows Murugina, tattooed from head to toe, standing naked outside the Church of the Blessed Virgin Mary in Moscow. The photo was reported by various users, and meanwhile the star decided to close her Instagram account, where the controversial photo was posted. The photo was released last summer, but was only recently reported to police.

For some time now, the Kremlin has been fighting people who post controversial posts in church areas or state symbols. Last year a couple of influencers were arrested after being photographed in an act of oral sex with the Blessed Vasily Church in the background. They were detained for ten days and fined 6,000 euros, and Ruslan Boviev, the guy in the picture, was deported from Russia back to his country Tajikistan.

The law banning hurt feelings from believers was approved in 2013 following a performance by protest band Pussy Riot at Moscow Central Cathedral. By law, the maximum penalty for imprisonment is one year but in the case of Morogina, the requirement is for ten months imprisonment.