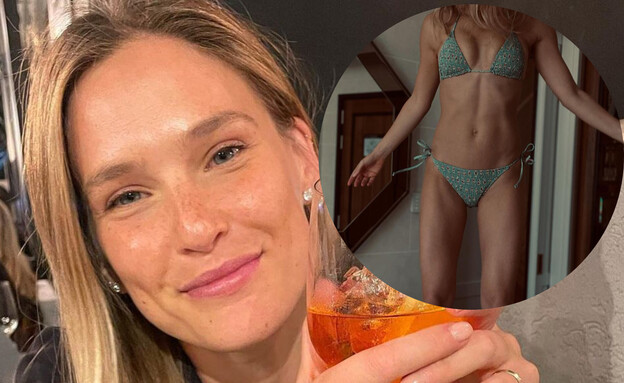 Last weekend, the most famous Israeli model in the world uploaded a new photo of herself, one in which she jumps on the bed in a bathing suit. While quite a few fans cheered her on and lifted her shapely body – there were those who chose to insult and criticize

Bar Refaeli’s Instagram page has recently become one that sanctifies her style: simple and luxurious outfits, fuzzy look photos and very few extravagant photos. Last Friday she uploaded a new one, which looks like a nice hangout at a hotel as the gorgeous Refaeli jumps on the bed in a bikini.

While many were enthusiastic about the shimmering swimsuit and the model’s particularly shapely body and mother of three, there were, of course, those who chose to criticize Rafaeli for uploading the photo – and for the training routine that helped her develop such a strong and muscular body.

Along with comments such as: “You are a queen,” there were also such as: “Really too thin” and “Are you training for a bodybuilding competition? Because it just looks like that!”, “It does not look good, you look like a skeleton. Anorexic, sick.”