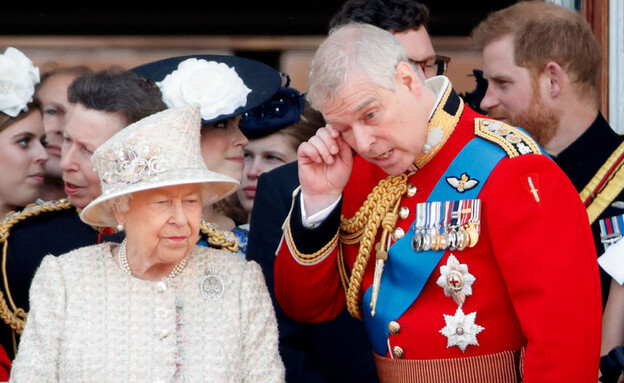 Everyone’s eyes in the British royal palace are raised towards Prince Andrew, who is getting more and more involved with the rape affair in which he is allegedly involved. After being stripped of his royal powers and military titles, and the court allowed to proceed with the civil lawsuit filed against him, last weekend a woman who passed by the palace in the 1990s revealed the prince’s strange hobby.

Charlotte Briggs worked at the palace during the 1990s, and in an interview with the British Sun she talked about Prince Andrew’s fondness for dolls. “When I got the job they explained to me about Prince Andrew’s doll collection, and instructed me on how to arrange them,” she recounted. “Everything had to be accurate. It was so specific.”

According to Briggs, no less than 72 dolls filled the prince’s home, and many of them were dressed in salt clothes. Briggs arranged the dolls daily so that the largest doll was at the back, and the smallest at the front. At night Briggs and the other maids would arrange the dolls according to the diagram they had built, and scatter them all over the room. In addition to bear dolls, Prince Andrew also had two hippos named “Daddy” and “Dax”, and another black panther doll called “Prince”. “It was so weird. After all he is an older man who served in the military. He really liked the dolls and was very clear about the order he wanted.”

Paul Page, a former royal policeman, also told The Sun about the British prince’s strange fondness. “He had about 60 dolls placed on his bed exactly according to the card he drew. In the picture all the bears had blue suits. If the bears had not been placed exactly the way he wanted he would have been screaming and raging.” Sounds like a wonderful man overall.