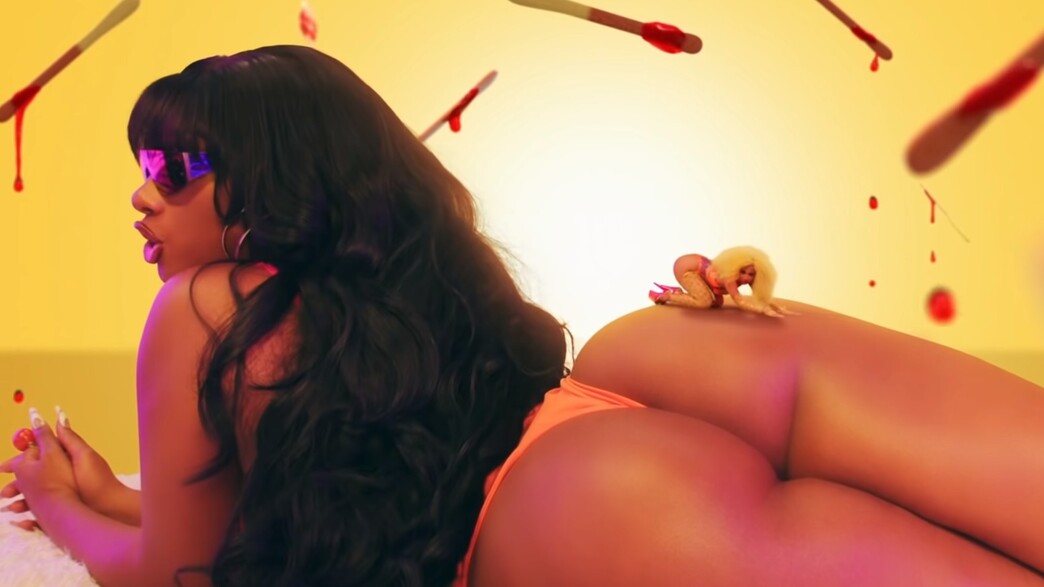 Jamaican dancehall singer Shenseea released “Lick” last weekend alongside Megan D Stallion. Similar to the trend that Cardi B. and D Stallion herself started with “WAP”, “Lick” seems to be the boldest clip of the period, and it includes frames in which Shenseea with legs open with animation at the bottom of her body, or at another part of the clip as she sings and dances on the bare buttocks of Megan.

The new song, which is mostly pathetic, the language spoken in Jamaica, is basically about Shenseea and Megan’s desire to have oral sex. “Open your mouth, put in my pam-pam, move your tongue” and “love a big cock but it’s not enough” are just some of the lines of Shenseea, and if you thought it was rude, wait until you hear Megan: “I “Thick and your face is where I want to sit” and “My pussy in his face with my ass on his chest”.

On YouTube, on the other hand, the reactions are very positive about the song and the clip. Many fans of Shenseea have flocked to the reaction area to defend their beloved star who gets a chance with a giant hip hop star. “We need more Caribbean artist collaborations with Americans like this,” commented one YouTube fan, “they’ve been missing this opportunity for a long time. The US ‘sleeps’ on the whole wave of the islands!”

Another fan added what many forget about music: “Not every song needs to have deep and sophisticated lyrics. Relax.” As mentioned, the song just came out and there is still time until its exposure increases, so it will be too early to determine if it really is a fall or a hit like Cardi’s “WAP” was.