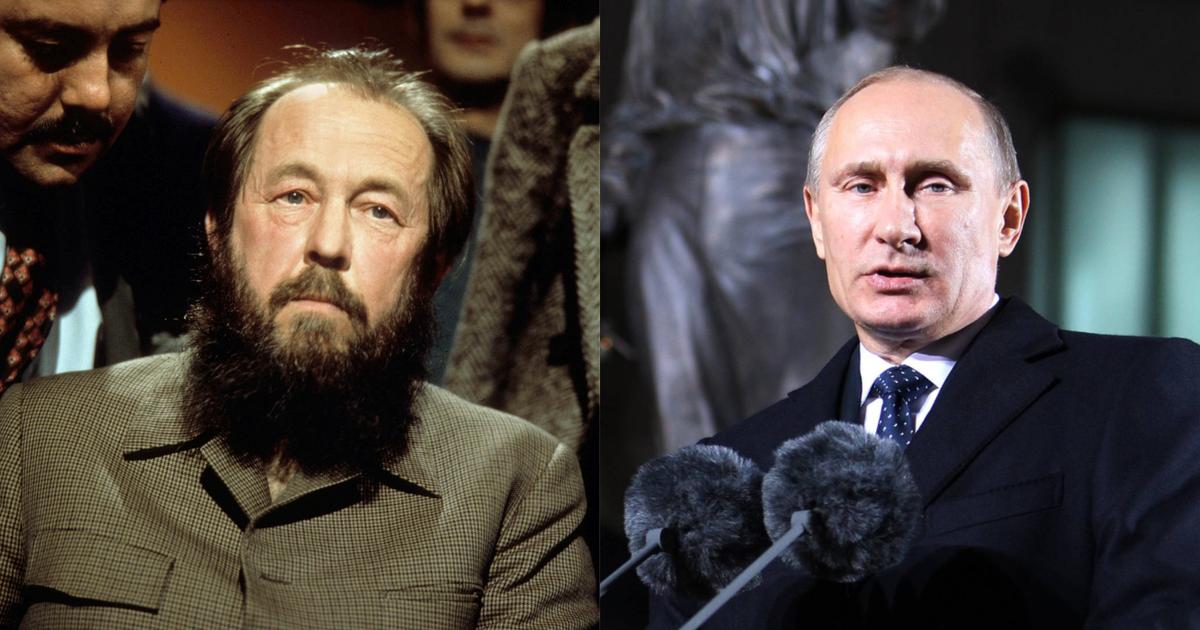 A petition supported by several Vendée unions proposes to change the name of a school in Aizenay, near La Roche-sur-Yon, in favor of the Ukrainian anarchist Voline.

The war in Ukraine is causing turmoil all the way to the Atlantic borders of the European continent. The rectorate of Nantes, the departmental council of Vendée as well as the Direction of the departmental services of National Education discovered in their mailbox, Friday, an original petition: to rename the college of Aizenay from the name of the revolutionary Ukrainian anarchist Vsevolod Mikhaïlovitch Eichenbaum, known as Voline (1882-1945). And thus erase the current name of the establishment, chosen in memory of the Russian writer and historical opponent of the Soviet regime: Alexander Solzhenitsyn (1918-2008).

Read alsoWar in Ukraine: this close guard who still has access to Vladimir Putin

“Solzhenitsyn was certainly a talented writer, but he was also a personality close to Putin despite the opposition of their commitments during the USSR eraadvances the petition that our colleagues from West France and you Journal of the Yonnais Country . Not stingy with compliments to the Russian dictator who awarded him the state prize, Solzhenitsyn shared with him his vision of the unity of Russia (therefore the annexation of Ukraine), a blind patriotism and a fascination for regimes authoritarian.” An eminent, but troubled personality, therefore, according to the various authors of the petition co-signed by the unions Sud Éducation 85, SGEN CFDT 85, CGT Educ’action 85, as well as by the Henri-Laborit group of the Anarchist Federation and the antenna Vendée from the Attac association.

It is a form of revisionism. Under emotion, one may want to make changes, but Solzhenitsyn fought for freedom.

Guillaume Jean, vice-president of the departmental council of Vendée

Renaming the college of Aizenay, located about fifteen kilometers from La Roche-sur-Yon, in the name of Voline would thus make it possible to highlight not only a Ukrainian rather than a Russian, but above all to honor the memory of a course deemed more exemplary by the petitioners: “Voline was a convicted Ukrainian poet in Tsarist Russia for insurrection”they recall. Refugee in France, he had to flee following an arrest warrant because of his anti-militarist positions during the First World War .» Between a Russian author “pro-Putin” and one “Ukrainian man of letters, freedom fighter and anti-militarist”the choice is essential, supports the petition.

However, the request was not unanimously accepted by its institutional recipients. “It’s a form of revisionism“, was moved on Friday the vice-president of the departmental council Guillaume Jean joined by West France. Under the emotion, one may want to make changes, but Solzhenitsyn fought for freedom. The Russian writer, a former prisoner in a Stalinist gulag who won the Nobel Prize for Literature in 1970, made the trip to the department in 1993 as part of the bicentenary of the Vendée Wars uprising. The college of Aizenay had been renamed in 2005 in homage to this displacement as well as to the work of Alexandre Soljenitsyne.