Guitar hero Jukka Tolonen, who has had an extra time in his life, is happy, even though his broken fingers no longer obey his will 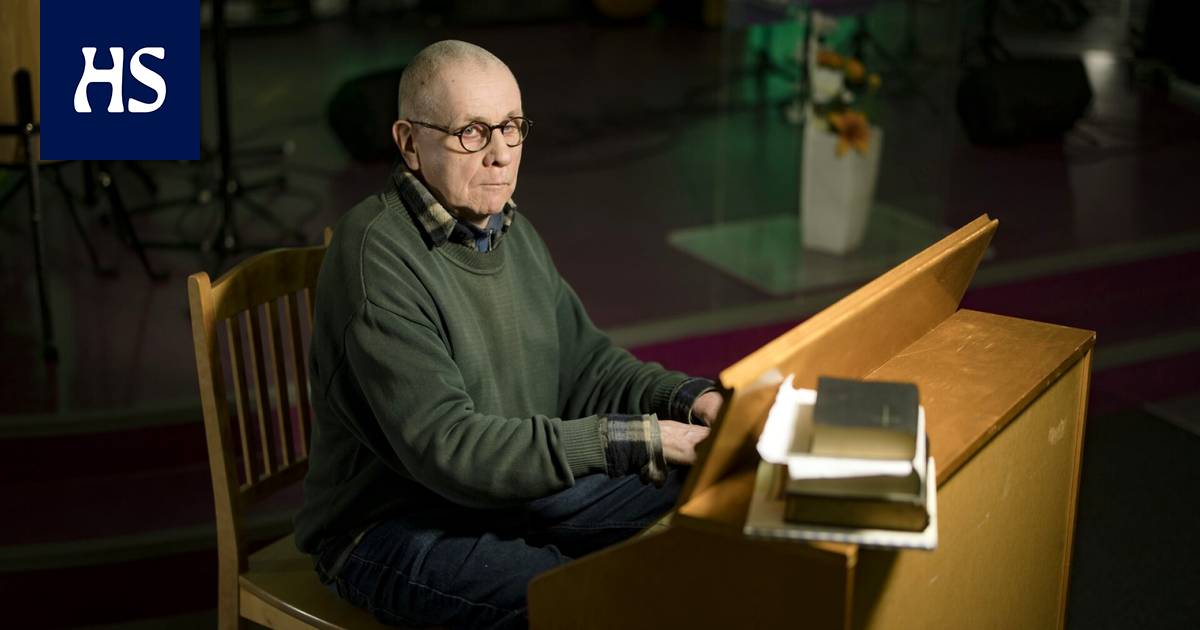 For Jukka Tolonen, music is above all an instrument of evangelism.

Guitarist Jukka Tolonen sits behind the organ harmony for filming and immediately performs, without asking, half a verse of the English hit he remembers from his early teens, nearly sixty years ago.

”Life is very short, and there’s no time. / For fussing and fighting, my friend”, Tolonen sings to the accompaniment of himself and still makes sure that the first record of the song is not left unclear.

“Yes, the Beatles, who was also my number one band when I was young. I always waited with excitement for what a wonderful thing it had come up with on its record again. ”

Without asking left, whether there was a song We Can Work It Out the choice for this situation is a coincidence or was it related to something subconscious. Or did Tolonen just remember that a song recorded by the Beatles in October 1965 played organ harmonium?

At least that’s for sure We Can Work It Outin in essence, much of the hopeful story is summed up in Tolonen’s current life – an extension he received more than a decade ago.

“That’s when it was hard to imagine that I could normalize like this, that life would be in such a good pattern,” Tolonen says quietly, recalling his long-lasting nightmares that woke him up to a much worse nightmare at the last minute. In May 2008, he was sentenced to more than two years in absolute prison for aggravated assault and drug offense.

“I was a burnt out amphetamine slave in such bad shape and so lost that prison was the best thing that could happen. There I finally began to realize how wrong all my values ​​had been. ” Tolonen came to faith in prison and calls it a turning point in his life.

Tolonen has accompanied the devotional events of the Töölö Zion Congregation two or three times a week for ten years, but not once with his first instrument on the guitar. In prison, his hands were struck by such a severe osteoarthritis that the key fingers no longer obey the commands of the brain properly.

“It was a terrible tragedy, because my identity had revolved around playing the guitar from the age of fifteen, and I knew nothing else.”

The tragedy was further exacerbated by the fact that Tolonen’s reputation was based on the virtuoso, nimble-finger guitar heroism he first flashed as a minor in the early 1970s. At the time, his central work community was the president of the rock band Rock, who dominated the lists of music magazines with his “rival” Wigwam.

As the first Finnish rock band, “Pressa” attracted interest in other countries as well, including tours and record releases.

“Maybe we quit a little too early, even though I myself was out of that torture.”

In August In 1974, the band, which made five records, disbanded for the first time. It didn’t bother any more about Tolo, as he had already initiated an international solo career with his own acclaimed records, which continued to be diverse almost until the end of the 1990s.

At that time, Tolonen, who was addicted to drugs and messed up his life, returned to Finland and made two more records that proved his stylistic stretch before the final collapse. The other was Northern Guitars (2004), second Tolonen plays Coltrane! (2005).

I believe since coming, Tolonen has released two hymn records that both sing and play the piano, the other also playing bass. Fingers still bend to it elsewhere, including in my own Ramblin ‘Jazz Quartet.

“Bass is a good substitute for guitar that I can use to make my music. I can play solo mugs in the meantime, ”says Tolonen.

He assures that he does not miss the times when he collected fame words as one of the greatest Finnish guitarists of his generation. Still, he’s grateful that there’s still an audience for the best records of the 1970s, even from time to time, new ones.

“It’s nice to still be valued, even though reputation and relevance have never been motives for me to do it. I was just trying to do my best. ”

This is also the case now that making music is part of Tolonen’s service mission.

“For me, music is, above all, the means by which I do the evangelistic work I receive.”