Omega 3 deficiency: How to test and what to do? 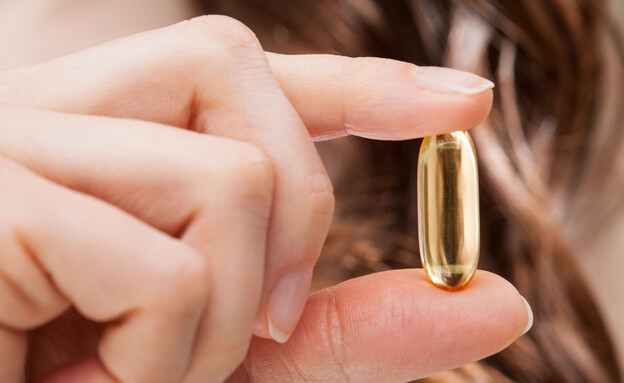 Let’s start with the fact that all human beings need omega 3. This is an essential fatty acid that can only be obtained from food because the body does not produce them itself and their main source is fish. In practice, the amount of fish we and our children eat routinely is insufficient and insufficient, which is why we do not exactly live in Scandinavia and feed on omega-rich sea fish, and in general, in nature, omega-3 sources are dwindling due to dietary changes in recent centuries.Quite a few studies show that omega-3 deficiency has been linked to the risk of cardiovascular disease, ADHD, poor cognition, allergy symptoms, depression and anxiety including postpartum depression, poor cognitive development in fetuses and infants, autism symptoms and more.

New, index test – detection of omega 3 deficiency in the body

Dealing with omega-3 deficiency begins with proper identification. The Omega 3 Index is an innovative diagnostic and scientific tool for identifying omega-3 deficiencies that is gaining more and more ground in the world as a measure for identifying deficiencies and even as a tool for predicting the risk of cardiovascular disease. The test arrived in Israel relatively recently, and at the moment it can only be performed privately, but we predict that this index will be widely used in the future, as sugar or iron tests are currently done in the blood.

An omega-3 index test in the blood is performed using a self-test kit that the subject receives in the mail to his home, performing the sample at home helps to reduce the test costs and the convenience of its application. The test allows the identification of omega-3 deficiency in the body, monitoring the effectiveness of nutritional supplementation in omega-3 capsules if it has begun, and also preventing false supplementation in cases where the index is normal and within the recommended range.

The sample was decoded in the original laboratory in Germany that developed the test, where it is sent using a standard mail envelope included in the test kit. The test is marketed in Israel by Omega Galil.

* To order a home test kit for the Omega 3 index.

The long-term research of Professors Wen-Shaki and Harris, developers of the omega-3 index, indicates that in most countries of the Western world the omega-3 index in the population ranges from half to one-third of the recommended level. Even if you have not performed an individual omega 3 index test, there is a high chance (according to the known average) that you also have some omega 3 deficiency and it can be treated easily and effectively with the addition of marine omega 3 capsules provided it is fresh and high quality.

For more articles on Omega 3

The surprising link between omega 3 and improving skin problems

Omega 3 fatty acids are a very essential nutrient for our body, which can be easily obtained through dietary supplementation in capsules, but at the same time it is important to know that omega 3 is very sensitive to oxidation under normal shelf conditions including heat and humidity. When omega 3 is oxidized, toxic by-products are formed and its effectiveness decreases. Therefore, it is advisable to pay attention to what omega 3 we consume.

The name Omega 3 is a title that contains a variety of products and supplements. In order to effectively affect the level (index) of omega 3 in our body, it is recommended to take omega 3 that has no fear of over-oxidation, which is provided to you with a quality certificate that indicates a normal level of oxidation of omega 3 in your hands. In this way the level of benefit and safety of the supplement increases.

There is Omega – and there is Omega fresh roll from the refrigerator, the unit without fear of over-oxidation, and a unit that comes with a quality certificate for each jar, Which presents laboratory data with a commitment on the quality of the contents of each jar individually to its production batches.

* The content does not constitute a professional opinion, recommendation, substitute for consulting a specialist or receiving medical advice.