How do honey and cinnamon affect the body together? 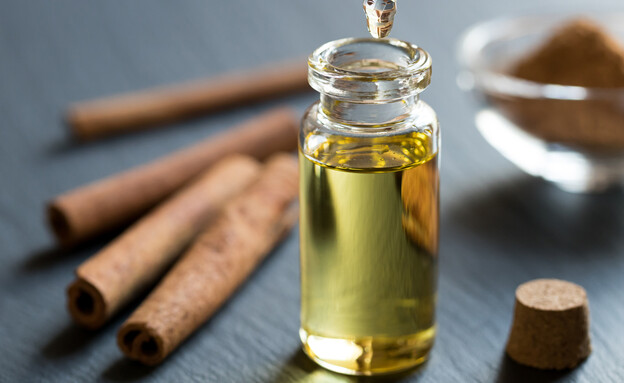 Have you exhausted the tea bag package from the writer? It is always possible to innovate. A teaspoon of honey, a cinnamon stick, tea extract and boiling water – this is what you need to get a cup of tea that is sweet, itchy and also rich in health benefits for winter and all year round. The combination of honey and cinnamon has been common for thousands of years in Chinese and natural medicine, it’s time for you to get to know it too:The health benefits of tea and herbal infusions

Cinnamon is one of the spices associated with winter. Starting with a topping for cakes, porridge, fruit desserts, and of course the winning combination of hot tea or cider with cinnamon. The Europeans among us are also familiar with the combination of mulled wine with cinnamon.

Cinnamon is considered a miracle spice for diabetics. Studies examining the specific effect of Chinese cinnamon have found an improvement in the effectiveness of insulin in the body and lowering blood glucose levels. It also lowers cholesterol and reduces blood pressure and even fights inflammatory diseases.

Superpowers: Things You Did Not Know About Cinnamon

Honey has long been considered more than just a sweet treat. Its antimicrobial and anti-inflammatory properties have made it a valuable tool for treating infections and inflammation even before the era of antibiotics, and new studies also support its properties for treating sore throats and nasal congestion. Research Another showed a significant decrease in cholesterol as a result of regular consumption of honey. Participants received 70 grams of sugar or 70 grams of honey for 30 days. Those who already had high cholesterol and ate the honey saw a 3.3% decrease in total cholesterol, a 4.3% decrease in cholesterol LDL (“bad”) and a 19% decrease in triglycerides compared to the group that ate sugar.

Get to know all the health benefits of honey

To understand how honey and cinnamon may work together, it is important to first understand the nutritional profile of each ingredient individually:

Cinnamon is also a significant source of calcium and iron. Two teaspoons of cinnamon contain:
5% of the recommended daily intake (DRI) of calcium –
2% DRI of iron
40% DRI of manganese
10% DRI of fiber

What does science have to say about the benefits of combining honey and cinnamon?

Reduce the risk of heart disease

Honey has been shown to help heal wounds, including foot ulcers caused by a complication of diabetes. Cinnamon may also help heal wounds. An in vitro study found that cinnamon oil helped protect wounds from antibiotic-resistant bacteria.

A study conducted at the University of Copenhagen found that a mixture of honey and cinnamon before breakfast helped relieve the pain of arthritis patients. Within week 73 of 200 patients were released from pain, after a month of treatment patients who could not previously walk or walk were able to move without pain.