An Israeli breakthrough will enable cancer treatment without side effects 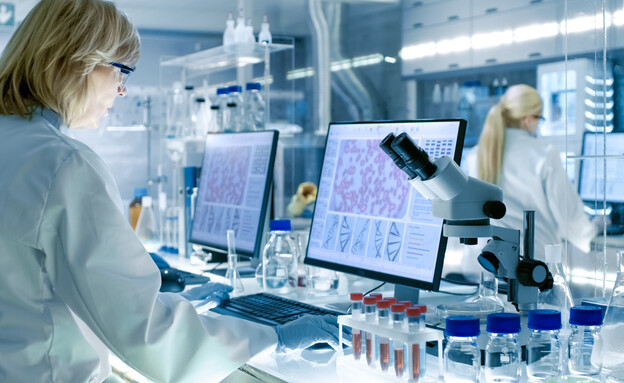 In the last decade, a new field of biological drugs has entered the treatment of cancer (immunotherapy). These drugs are not directly targeted against the tumor cells, and their purpose is to activate the immune system against the cancerous tumor cells. A new study by Dr. Roni Dahan of the Department of Immunology at the Weizmann Institute of Science, heralds a significant breakthrough in the field with the discovery of a new antibody that can achieve a significant immune response against the cancerous tumor, with no side effects and long-term efficacy.Development was halted due to side effects

Our immune system is made up of many cell types that have multiple mechanisms of action that can be exploited against cancer cells. Immune cells produce proteins across their cell membrane, called receptors, and are used to control their action. Like a vehicle with a gas pedal and brakes, the immune system can be turned on and off by the same receptors. Biological drugs are based on synthesized antibodies, which are able to bind to these receptors and stimulate the action of the immune system against the cancerous growth, which usually manages to “disguise” itself from the cells of the immune system.

Along with groundbreaking clinical successes and clinical approval of a number of such antibodies for the treatment of various cancers, other antibodies developed have failed in clinical trials. One such prominent example is antibodies from actabs against CD40. CD40 is a receptor that is expressed on many cells of the immune system. In mouse models, activation of CD40 by synthesized antibodies can lead to a strong immune response against the cancerous growth to even complete cure. Which did not allow further development of the drug.

The reason for this lies in the uncontrolled activation of many and varied cells of the immune system, which damage healthy tissues. In the laboratory of Dr. Dahan, who specializes in the engineering of antibodies for immunotherapy treatments for cancer, the various mechanisms activated in the immune system by antibodies against CD40 were investigated. Of immune system cells, which belong to cells called dendritic cells, which are essential for leading the anti-cancer response of this drug.

In addition, the researchers found that these cells gone Causes of toxicity observed in mouse models and clinical trials due to which, as mentioned, the continued development of the drug was stopped. On the other hand, other cells that express the CD40 protein that belong to the immune system, such as macrophages that reside in the liver, monocytes and platelets, are those that have been found to lead to significant side effects. Based on the new information. Dr. Dahan’s lab designed and developed an engineered antibody against CD40 that has a specific activity that does not exist in natural antibodies that our body produces. This antibody is called b-specific. The uniqueness of the engineered antibody is that it can differentiate between different immune cells The dendritic cells while avoiding activating it on top of the immune system cells causing severe side effects.

With the help of the innovative antibody, the researchers were able to treat mouse models of different cancers and achieve a significant immune response against the cancerous tumor that is not accompanied by the common side effects of this treatment. In addition, the researchers showed that the new drug they developed causes a significant and safe immune response that enables long-term immune memory against the cancer cells.

For the past two years, Dr. Dahan’s research group has been working closely with Teva’s innovative research and discovery teams in the United States and Israel. As part of the collaboration, a license agreement was signed between Knowledge, the commercial arm of the Weizmann Institute of Science, and Teva Kollel Teva is investing a lot of effort in adapting the drug to the clinic and in the production and development processes, so that the research can turn – within a few years – from academic research into a drug that will be tested and experienced in clinical trials.

“The unique approach of Dr. Roni Dahan’s laboratory raises the chances of developing a new generation of immunotherapeutic drugs that will be less toxic to the patient, more targeted and will also increase patients’ responsiveness,” said Dr. David Wilson, head of discovery. “This strategic partnership is part of” Teva Academy “- which includes about 30 different projects that integrate with Teva’s strategy for investing in promising early projects together with the best institutions and laboratories from the Israeli academy, and develop them into drugs for Teva’s future pipeline.” Dr. Dana Bar-On, Senior Director and Director of Teva’s Global Collaborations, added. For patients in a new line in the coming years, “concludes Dr. Dahan.