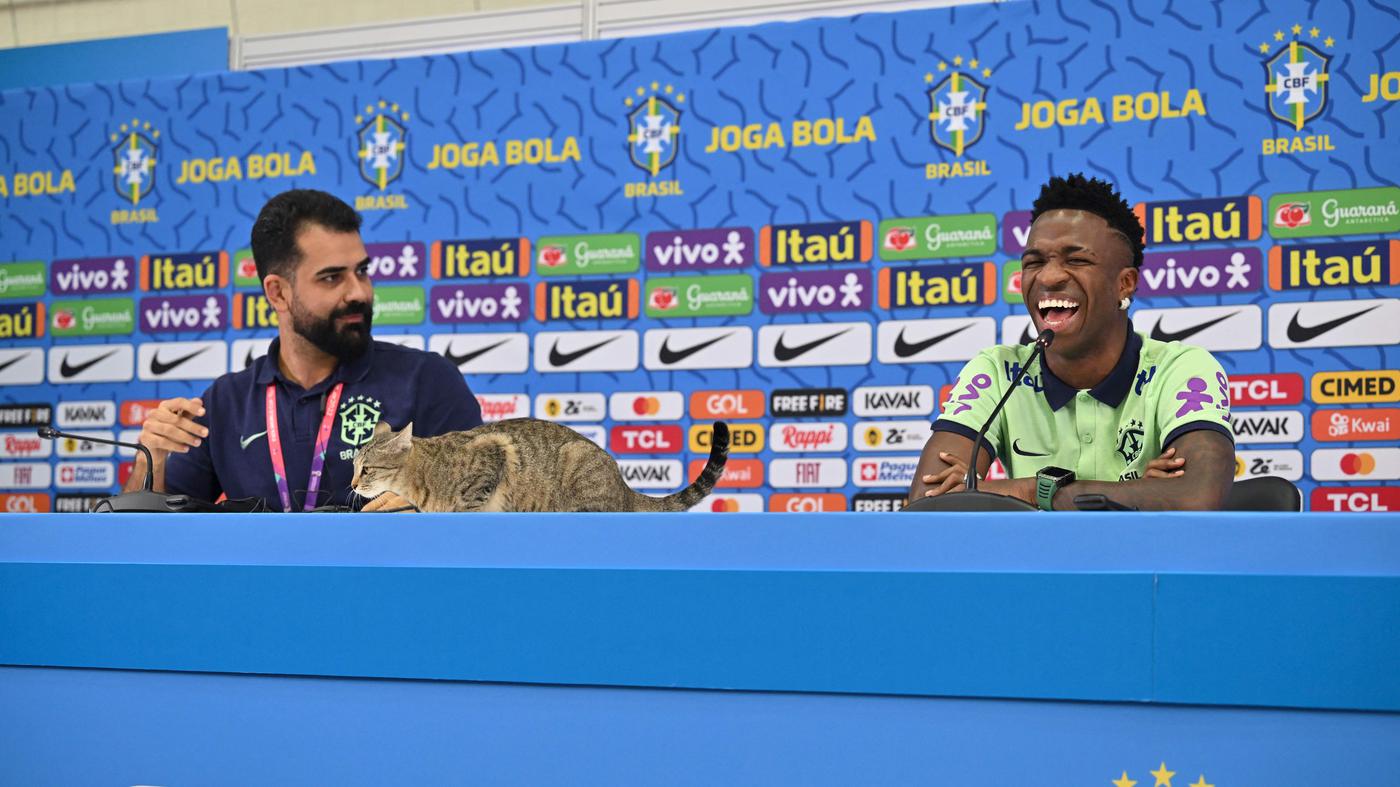 It’s no secret that there are a number of cats lurking around the Brazilian training ground in Doha. But it was surprising that one of them suddenly sat on the podium next to attacker Vinícius Júnior at the press conference.

However, she could not stay there for long. Because another Vinicius made short work of it. Vinicius Rodrigues, spokesman for the Brazilian national soccer team, grabbed the fur on the back of the animal with both hands – and then, with little sensitivity, let the cat fall in front of the podium.

The video of this scene went viral on the Internet, but many users were not enthusiastic about the speaker’s behavior.

Since a Brazilian TV reporter is also called Vinicius Rodrigues, the “Metrópoles” portal even reported that he had received threats via Instagram.