The life in Argentina of Nasir Ahmed, the father of video calls 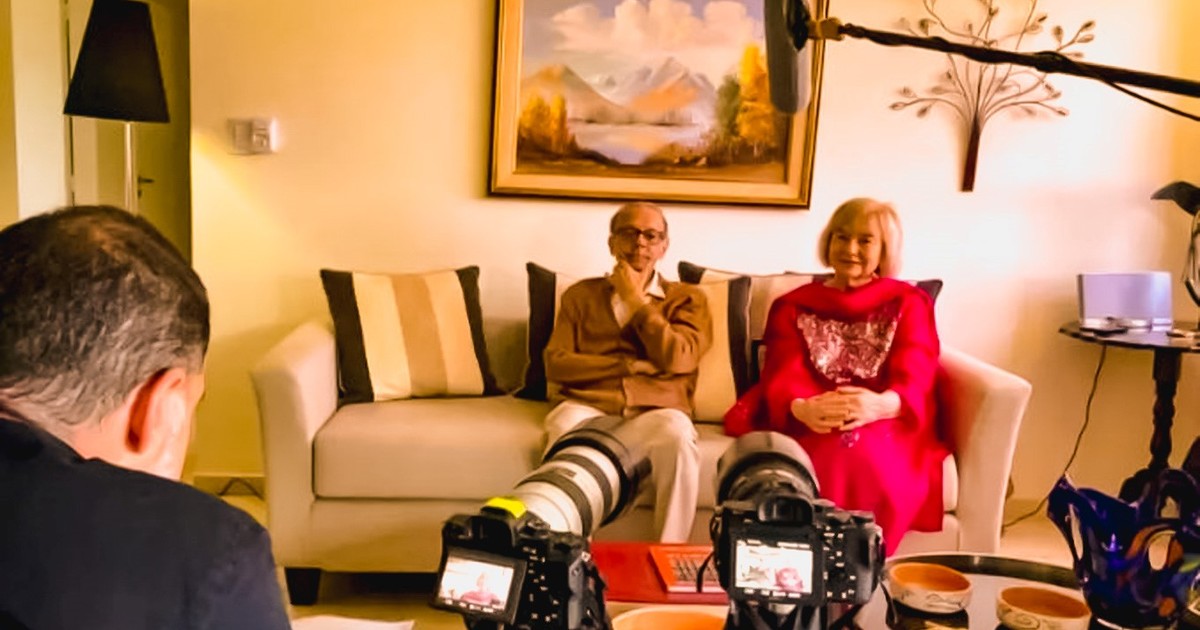 For almost half a century, the page that corresponds to the Hindu Nasir Ahmed It did not appear in the books where the great technological epics are based. Until in the eighth episode of the fifth season of the series This is Us, its creator, Dan Fongelman, decided to do justice and tell the story of this electronic engineer –who is married to an Argentinean- and invented a key piece of computing.

Many fans of the series were struck by a biography as brief as it was moving. One of them was the publicist Gaston bigio, who set out to make a documentary about this forgotten genius who lives in the country and developed a technology to facilitate telecommunications.

“The first thing I did when I finished watching that episode was to look for some information about Ahmed on the networks. I wanted to know more about this man, to know if he was okay, where he lived, what he thought. The information I obtained was very scarce and there was not a single video where it was shown describing his invention, “Bigio told Clarion.

It all started in 1974, when the combination of zeros and ones, known in the jargon as “binary code”, gave rise to modern computing. Back then, Ahmed invented an algorithm called the Discrete Cosine Transform (DCT), which it still works for compressing image files and it is key for video calls.

Nasir Ahmed, the electronic engineer with his family. Photo Ahmed.

“The first thing I found out was that his wife was called Esther Pariente, although everyone knew her as Queli. The surprising thing is that this woman born in the city of Yerba Buena, in Tucumán, was currently living in that town with Ahmed. So I got in touch with them to pay them a little tribute ”, the publicist reviews.

Upon receiving the call, according to Bigio, in March 2020, the confusion generated by the pandemic was total and the couple was about to travel to their second home in La Jolla, San Diego.

During the interview that Gastón Bigio made in Tucumán with Nasir Ahmed and Queli.

Long before the Silicon Valley craze, when this visionary engineer began researching this promising algorithm, no scientific institution was supportive. There were many years to go the advent of the internet and even more so for cell phones and video calls.

Rather than abandon his dream, Ahmed entrusted his project to his wife and asked her permission to use the family’s savings to further this discovery, which involved spending three summer months without a source of income.

“One of the few references I found on this story is in the book Quelli and Nasir, parallel lives in curved space, an Edition of the Historical Archive of the Province that did not have a large circulation and was kept on a shelf in the municipal library, waiting to be discovered ”, explains Bigio.

Ahmed was born in Bangalore, India, and emigrated to the United States in 1961 to pursue a master’s degree at the University of New Mexico, in Albuquerque, where he developed his work and met Queli, another student who became the love of a lifetime.

One of the curiosities surrounding Quelli and Nasir is that, although they were never separated, they had to marry four times. The first signature by proxy was on January 11, 1965 and the union was worthless. When they arrived in Albuquerque, they were joined by civilian on January 27, 1965 and by church a day later. On April 17 they celebrated their fourth marriage in Chicago to be valid in India.

“This little algorithm that we published became the most efficient method of taking a picture or video, process it in a way that it can be compressed and sent anywhere. This is how the discrete cosine transformer became a standard ”, says Nasir himself in the documentary.

In advance of tomorrow’s premiere, if you want to learn more about Nasir Ahmed – the lovely engineer who was featured in last year’s “In the Room” episode – this was just sent to me. #ThisIsUs https://t.co/FlM52u7Thh

Public recognition, in addition to arriving at the wrong time, occurred in March 2020, when the peak of the pandemic occurred. And while his photo is shown at the end of the episode, such an endearing story deserved a more dignified ending. Later, the director himself, recommended Bigio’s documentary through a tweet.

“The producer of the series contacted him through Michael Ahmed-Pariente, the only son of the couple and who currently has a studio in Las Vegas,” says Bigio.

Another fact that speaks about the humility of this man is that, despite making the discovery with his own funds, he published his find for free – something unthinkable today – so that everyone can benefit from his innovation.

“And although the couple lives without deprivation, their main income is the pension that Ahmed receives for having been a professor at the Faculty of Electrical Engineering at Kansa State University. On more than one occasion he told me that he preferred social recognition over economic recognition, something that luckily has already started rolling ”, summarizes Bigio.