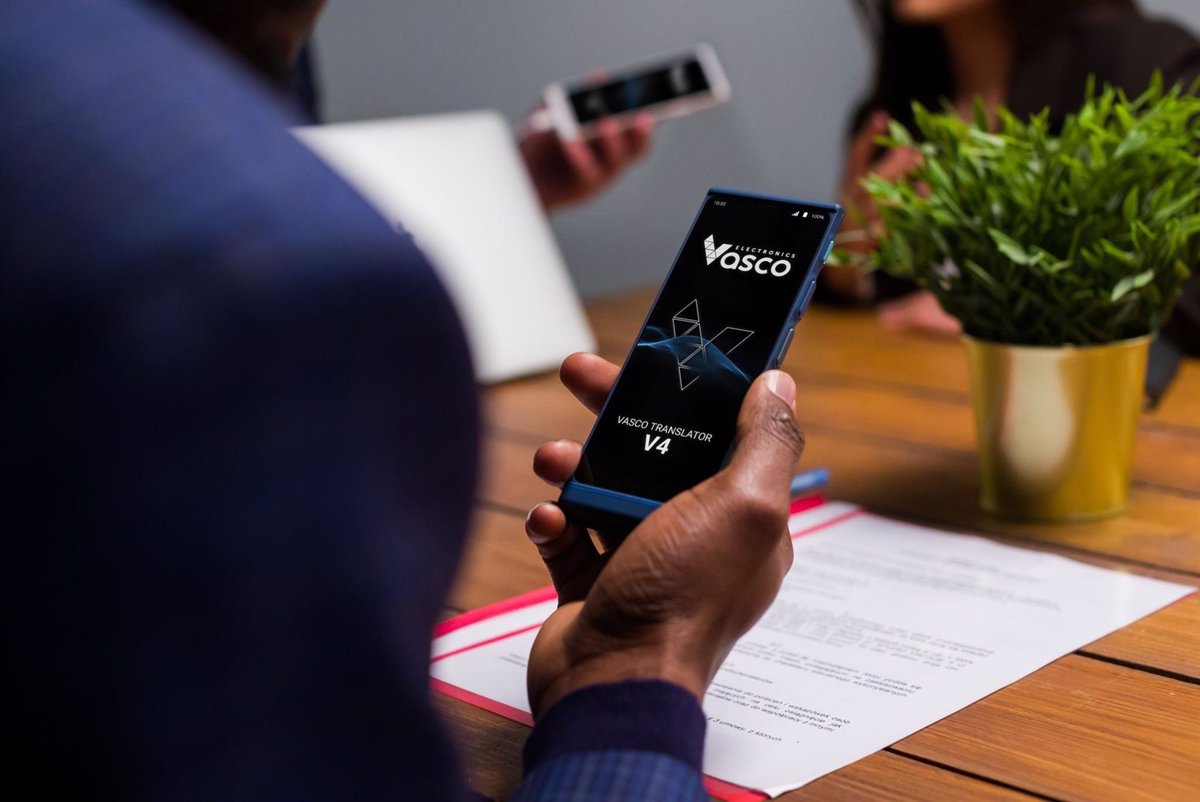 Vasco Electronics, a Polish firm that specializes in translators, unveiled its new Vasco V4 gadget at MWC 2022, a product that can translate text, speech, and image in 108 different languages.

The new Basque Translator V4 is a pocket-sized device with a five-inch touchscreen that allows touch control to open and write immediately in various programs.

Vasco V4 users, according to the company, will be able to communicate with 90% of the world’s population because it supports 108 languages, including dialects from many countries.

The new device can translate into other languages in three ways: speech (through the microphone); photos (by the back camera), which allows you to interpret posters or papers from the environment; and text (via the keyboard).

Vasco V4 comes with a SIM card that delivers free Internet in 200 countries, allowing users to access the translator without having to look for WiFi hotspots.

Among the product’s other advantages are noise reduction technologies, which allow the translations to be heard and understood even in noisy places like streets or train stations, as well as dust, splash, and shock resistance.

Europe will experience a constant plague of water deficit

Amazon announced Kindle Scribe, a new e-reader that lets you take notes with a stylus.

Jorge Vázquez, general manager of Nutanix in Portugal and Spain: The hybrid cloud and multicloud are essential to the public sector’s ability to “improve citizen services while being more sustainable.”

The WTO warns of a global recession

Melanie Müller of Ballermann is being investigated by the police

All the reasons to start eating avocados

Europe will experience a constant plague of water deficit