A 19 year old from Britain threatened the queen with a bow and arrow: “Want to assassinate her” 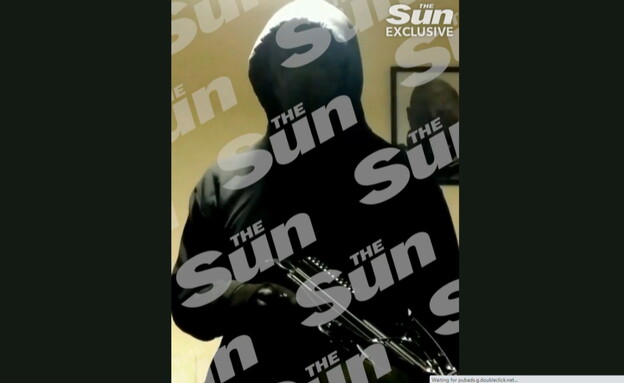 A 19-year-old British man of Indian descent uploaded a video to Snapchat in which he threatens Queen Elizabeth with a bow and arrow, when he is only 500 hundred meters from the royal house, it was reported tonight (Sunday to Monday) in the British tabloid the sun. In the video, the young man demonstrates with a bow and arrow how he intends to assassinate the queen, explaining that it is following a massacre that took place in India in 1919. The 19-year-old uploaded the video to Snapshot, and was arrested shortly afterwards by police.

The young man, Jesswant Singh Chill, is known to UK mental health authorities and is apparently mentally ill. He filmed the video in advance, and uploaded it while he was inside the castle grounds. The policemen grabbed him with the bow and arrow in his hand as he placed a ladder on a fence in the castle grounds. In the video, he is seen wearing a mask inspired by the movie Star Wars, and is wearing a black hoodie. “I’m sorry for what I did and what I intend to do,” Chill said in the video. “I intend to assassinate Queen Elizabeth of the royal family.”

In a message sent to Snapshot alongside the video, the young man wrote: “I am sorry to all those who have wronged or lied to them. If you received it, then my death is near. Please share it with everyone who can, and if possible, pass the video on to the news.” The video was posted at 8:06 a.m. on Christmas Day. Armed police arrested him at 8:30 a.m. after he set off alarms at the royal palace and watched security cameras in a closed circuit.

“It’s for those killed in the massacre in India”

Chill explained in the video why he intends to commit the act: “It’s for all those killed and humiliated because of their race, for those killed in the Amritsar massacre in India. I’m a Sikh, “Jones.” He added that he did not expect to survive the attack on the Queen.

The massacre referred to by Chill is a massacre that occurred in 1919 in the Jalianwala Garden in Amritsar in the Punjab state of India. In the massacre, 50 foreign soldiers in the service of the British army killed hundreds of Indian civilians, most of them members of the Sikh religion. In Star Wars, the Sith are the enemies of the Jedi Knights and worship the dark side of the ‘power’. Darth ‘Jones’ could be a reference to James Earl Jones, the actor who voiced Darth Vader in the original trilogy.

The incident this morning in the UK raises tough questions regarding security around the royal house. While uploading the video, the Queen had breakfast at her home with her family, then informed them of the break-in. It is not clear how and when the young man made his way to Windsor Castle and how he entered its territory.