Shock in England: A 12 year old became a sex slave by her teacher and her partner 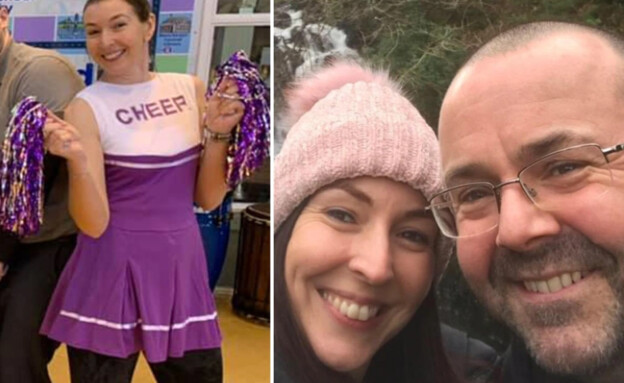 “My job is to protect my daughter and I feel I have failed, I am completely heartbroken”: A sexual abuse case that exploded in England shocks residents after it was revealed how a 12-year-old was abused by a deputy principal  and her and her partner, as a sex slave

A case of sexual abuse is shocking to England these days, after it was revealed that a deputy principal in an elementary school would repeatedly rape with her partner a 12-year-old girl and use her as a sex slave to fulfill morbidly sexual fantasies.

Julie Morris, the 44-year-old teacher, was arrested along with her partner David Morris, 52. On Tuesday, Julie pleaded guilty to 18 counts of sexual offenses against a child, when, among other things, he described in court how Julie photographed herself laughing and amused while sexually assaulting the girl.

Andrew Manrie, the judge in her case, said in court that “from time to time we see cases whose circumstances are unacceptable – and this is one of those cases.” He added that this is a case that demonstrates the depth that human corruption can reach.

Julie was sentenced to 13 years in prison, while her partner – who has previously pleaded guilty to a variety of child sex offenses – was sentenced to 16 years in prison. John Williams, the plaintiff in the case, said the relationship between the two began in 2016 and quickly became sexual, with communication between the two including quite a few graphic depictions of sexual fantasies – mostly child-related ones – that they wanted to make a reality. In all, officers searched 175,000 pages of sexual correspondence between Julie and David and also found that the couple had created a group chat with the victim in which they wrote her how they would abuse her.

The affair was reveled after police found evidence of a conversation about sexual abuse involving David on a phone that was confiscated during a search. David was arrested but released under warning. However, after other devices confiscated were found to contain recordings of rape and sexual abuse, the couple was arrested the next day – just as they were trying to escape in a commercial vehicle with £ 10,000 in cash.

The parents of the students at the school where Julie worked knew about the serious offenses last November, and by the fact that Julie sent David pictures of children from the school – although the police said that these were not sexual pictures.

Meanwhile, the victim’s father released a statement and shared the hard feelings after the horrific revelation about what his daughter went through. Among other things, he said he wanted to “kill David Morris after the unthinkable became a reality.” The father, whose identity details remained confidential, further said that because his entire world had collapsed. “My job is to protect my daughter and I feel I have failed. I am completely heartbroken.”