Maya Fernández, granddaughter of Salvador Allende, will be the new Minister of Defense 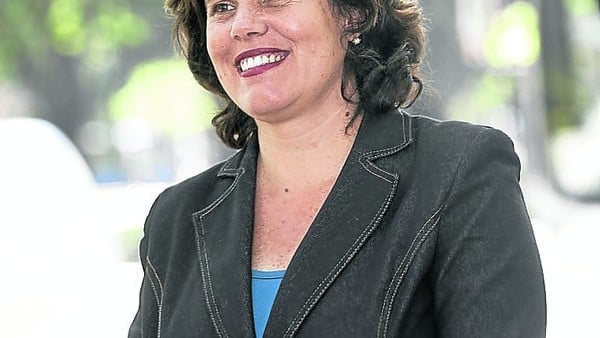 The elected president of Chile, Gabriel Boric, surprised this Friday with the presentation of what will be his cabinet. One of the characteristics is the majority of women. And one of the peculiarities is that one of them, the granddaughter of former President Salvador Allende, will be the new Defense Minister.

With this team of 24 ministers, of which 14 are women and a third are independent, Boric seeks to go beyond the limits of his coalition I Approve Dignity -which brings together the Broad Front and the Communist Party- to try achieve majorities in the future Congress, divided almost equally between the left and right forces.

“We are joined in this team of ministers by people of diverse origins and formations; a diverse cabinet, a cabinet with a majority of women (…), with the presence of regions, intergenerational, with political plurality, with different points of view and with a strong presence also of independents and militants of political parties,” said Boric at the ceremony that took place in the courtyards of the Natural History Museum of Santiago.

The list also includes the granddaughter of former socialist president Salvador Allende (1970-1973) maya fernandez, which will be handled by the Ministry of Defense.

Maya Fernández, is 50 years old and is a member of the Socialist Party. She has two professional titles: she is a biologist and a veterinarian. She lived in exile in Cuba from 1973 to 1990. She has been a deputy for two terms and a councilor for Ñuñoa. And he also presided over the Chamber in 2018.

As published this Friday, the newspaper La Tercera, Fernández was born in Santiago in September 1971, almost a year after the Popular Unity government assumed power.

Daughter of Beatriz Allende Bussi, the most political of the former president’s daughters, and of the Cuban diplomat Luis Fernández Oña —who was part of the America Department of the Cuban Communist Party in charge of the Castro regime’s relationship with Latin American leftist parties and movements— Fernández and his parents went into exile in Havana, after the coup d’état, in 1973.

In Cuba, Maya spent the next 21 years. He was only able to return to Chile in 1990. Two years later he entered to study Biology at the University of Chile and later Veterinary Medicine at the same university. His admission to the university coincided with another important milestone in his life, he formally entered the military in his grandfather’s political party: the PS.

His first government post was held in 2002, during the administration of President Ricardo Lagos. It was a technical position in the Agricultural and Livestock Service (SAG) and later, with Bachelet, he worked in the Directorate of International Economic Relations (Direcon), on phytosanitary regulation issues, where he was between 2006 and 2012.

Fernández ran in 2008 as a councilor for Ñuñoa —community in which he lives to this day— with the support of the Concertación parties. In 2012 she was a candidate for mayor of Ñuñoa, but was not elected.

Maya was one of the first socialist figures who defended a tour of the PS to the left and opted for a rapprochement between his party and the Broad Front.

For the same reason, he was one of the first public figures of the party who publicly supported Boric’s candidacy, long before the first round was defined and when the presidential standard-bearer of the New Social Pact was still the Christian Democrat senator Yasna Provoste.

From March 11 she will be Minister of Defense and will be in charge of directing the three branches of the Armed Forces.

for the portfolio External relationships, the president-elect appointed Antonia Urrejola, a 53-year-old lawyer, who presided over the Inter-American Commission on Human Rights in 2021.

Several future ministers were absent from the presentation ceremony because they were on vacation or affected by close cases of coronavirus.

The average age of the members of the new cabinet is 49 years. The youngest, 32 years old, is Antonia Orellana, who will head the Ministry for Women starting March 11, when the new government takes office.

The “political committee” was made up of his closest collaborators: the spokeswoman minister, the communist Camila Vallejo; the Minister of the General Secretariat of the Presidency, Giorgio Jackson, one of Boric’s best friends; and the Minister of the Interior, Izkia Siches, the first woman to hold that position and who led her campaign in the second round.

To them is added Mario Marcel, a surprising appointment, who will have to face an economy that this year will face a slowdown after growing close to 12% in 2021, driven by a strong increase in consumption after the social aid provided by the government of Sebastián Piñera and the three withdrawals of pension funds approved by Congress, amid strong popular pressure.