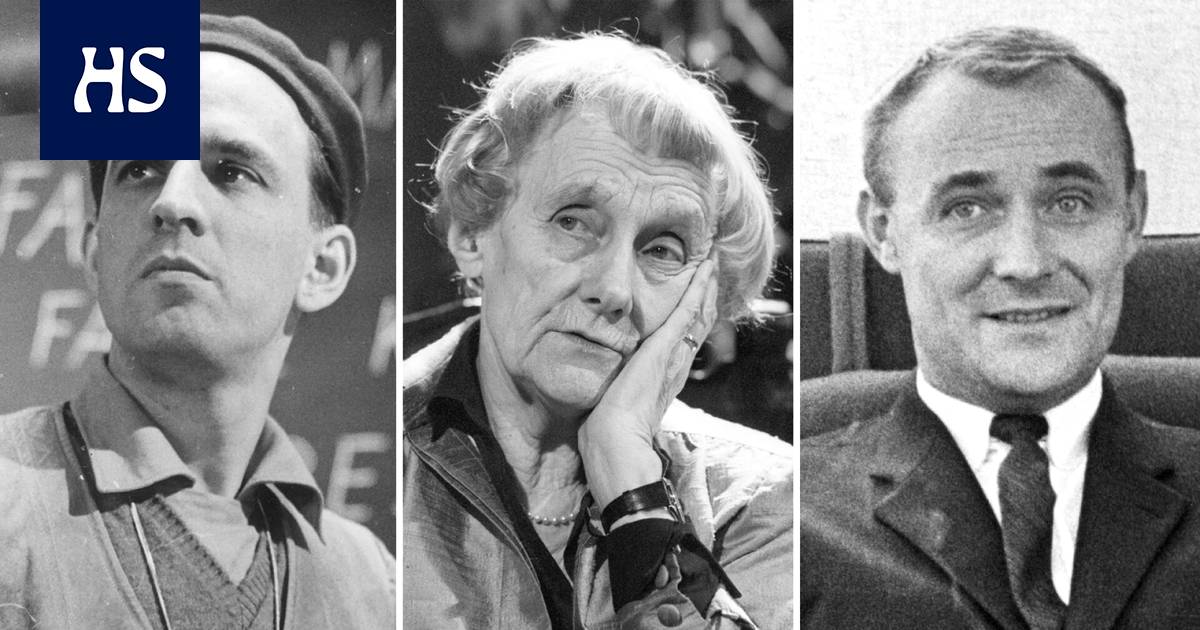 In Moscow an advertising campaign has been launched in which well-known Swedes are branded Nazis. There are notices at bus stops around the city, says SVT.

“We oppose Nazism, but they don’t,” the campaign text reads.

The campaign marks the Nazis as a children’s author Astrid Lindgrenfilm director Ingmar Bergman and the founder of Ikea Ingvar Kamprad.

Images of the ad have also been shared on Twitter.

Well-known the stigmatization of Swedes as Nazis is part of Russia’s information influence. It is very possible that the same will be applied more and more to Finns as well.

Influencing information is related to the ongoing NATO process, in which Finland and Sweden are likely to end up applying for NATO membership.

Research Director of the European Center of Excellence for Combating Hybrid Threats, interviewed by HS last week Hanna Smith said that in the coming weeks, preparations must be made for influencing information from Russia.

“Russia has now intensified its argument that Finland is a fascist state and that we have fascism as a legacy of World War II,” Smith told HS.

Russian there has long been talk in state propaganda about how the Soviet Union saved Europe from the Nazis in World War II and how Russia is now trying to do the same.

Russia’s Nazi allegations have caused international controversy this week after the country’s foreign minister Sergei Lavrov claimed in an interview with an Italian TV channel that Adolf with Hitler “There was also Jewish blood.”

The Prime Minister of Israel Naphtali Bennett and the Secretary of State Yair Lapid condemned Lavrov’s comments harshly, but even after that, Russia did not apologize for the comments from Israel, and the country’s foreign ministry accused Israel of “supporting neo-Nazis in Ukraine.”

Swedish the Ministry for Foreign Affairs is aware of the stigma campaign against well-known Swedes.

The Ministry of Foreign Affairs states to SVT that Russia has a habit of accusing countries and individuals opposed to the country’s hostilities of being Nazis.

“We are aware of the posters. We do not intend to engage in public controversy with the organization behind the posters, ”comments from the Swedish Foreign Ministry to SVT.

To well-known in the Nazi campaign against the Swedes, quotations have been attached to Lindgren, Bergman and Kamprad as so-called evidence of their Nazism.

For both Kamprad and Bergman, the Nazi past has been written about before.

In his youth, Kamprad worked for the Swedish Nazi youth organization during World War II. Kamprad himself later called this the biggest mistake of his life.

A quote from Kamprad is taken from the poster: “I admired Hitler! I was a Nazi! ”

Bergman the alleged Nazi past has been addressed in, among other things, a documentary about him. It tells how Bergman himself has said he admired Hitler and the Nazi in his youth.

Bergman has later said he was shocked and changed his mind when he learned the truth about concentration camps. In 2018 Yle interviewed Specialist researcher at the National Audiovisual Institute Antti Alanen however, called the claim unreliable.

“He demonized himself and caused drama by claiming to be a Nazi,” Alanen said.

The following quote is taken from Bergman’s poster:

“Never in my life had I seen anything like these insane displays of power. I shouted, raised my hand, howled like everyone else. As a birthday present, I got a photo of Hitler, I hung it next to my bed so I could see it all the time, so I could love him so much, I loved him. ”

Lindgrenin The figure created by Katto-Kassinen has been extremely popular in Russia.

Lindgren’s wartime diaries, published in the 2010s, show that the author was more of an opponent of the Nazis.

However, a section of his diary has been removed from the poster, where he writes: “And if that happened, I’d rather shout for the rest of my life at Heil Hitler than let the Russians get here, I can’t imagine anything more nauseous.”