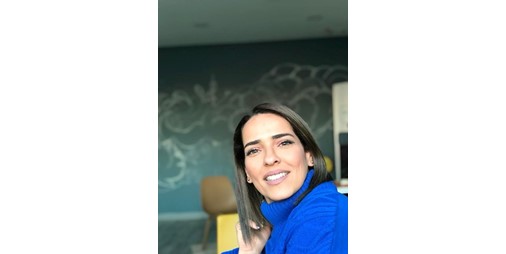 Al-Nahedh’s speech came on the occasion of the International Day of Social Networking, which falls on June 30 of each year, where she said that the number of Internet users in Kuwait increased by 1.3%, and by 54,000 users between 2021 and 2022.

She pointed out that these data issued by “Kepios” reveal that there are about 43.5 thousand people in Kuwait who did not use the Internet since the beginning of this year, which means that 1% of the population remained offline, while the year 2022 witnessed a decline in the number of connected mobile devices. Internet, to reach about 522,000 devices.

Al-Nahedh said that according to Meta data, the number of Instagram users in Kuwait has reached 2.4 million users, despite the fact that Instagram’s policies limit the use of the platform to people aged 13 years and over, so it is useful to know that 67% of the “qualified” audience in Kuwait use Instagram.

Al-Nahedh revealed that the numbers published in the “ByteDance” ad resources indicate that the “Tik Tok” platform had 2.47 million users aged 18 years and over in Kuwait at the beginning of this year.

She explained that “ByteDance” figures indicate that “Tik Tok” ads reached 75.4% of all adults aged 18 years and over in Kuwait in the same period, as the arrival of “Tik Tok” ads in Kuwait was equivalent to 57.4% of the user base. The local Internet at the beginning of the year, regardless of age, and in early 2022, 39.4% of the audience for Tik Tok ads in Kuwait were female, while 60.6% were male.

Al-Nahedh said that micro-influencers, those working with 100,000 followers or less, have been shown to generate greater ROI than their macro counterparts, helping to deliver real messages to loyal and engaged fan bases. Driven by socioeconomic factors, searches on the topic increased by 105% (according to Ahrefs Keyword Explorer) from 2019 to 2021 as brands sought to integrate it into their marketing strategy, as closings in 2020 and 2021 led to an explosion of new, versatile micro influencers. I entered the field of marketing.

She stressed that as a result, it is not surprising to see more brands looking to micro-influencers to increase their PR and social media marketing strategies, as figures indicate that micro-influencers will make up 91% of the market share in various sectors until the end of 2022. With access to better tools and data paving the way for increased personalization and more accurate measurement that helps brands enhance their influencer marketing strategy.

She pointed out that smaller influencers are valued for their flexibility, as they can easily engage their audiences on multiple topics and products, and they are not expected to stay in their lane when it comes to a particular niche or sector. Content from long-established platforms including YouTube and Instagram to emerging channels such as TikTok, simultaneously growing and diversifying the following base.