Paul Volcker, Jerome Powell, Argentina and the art of splashing in the mud 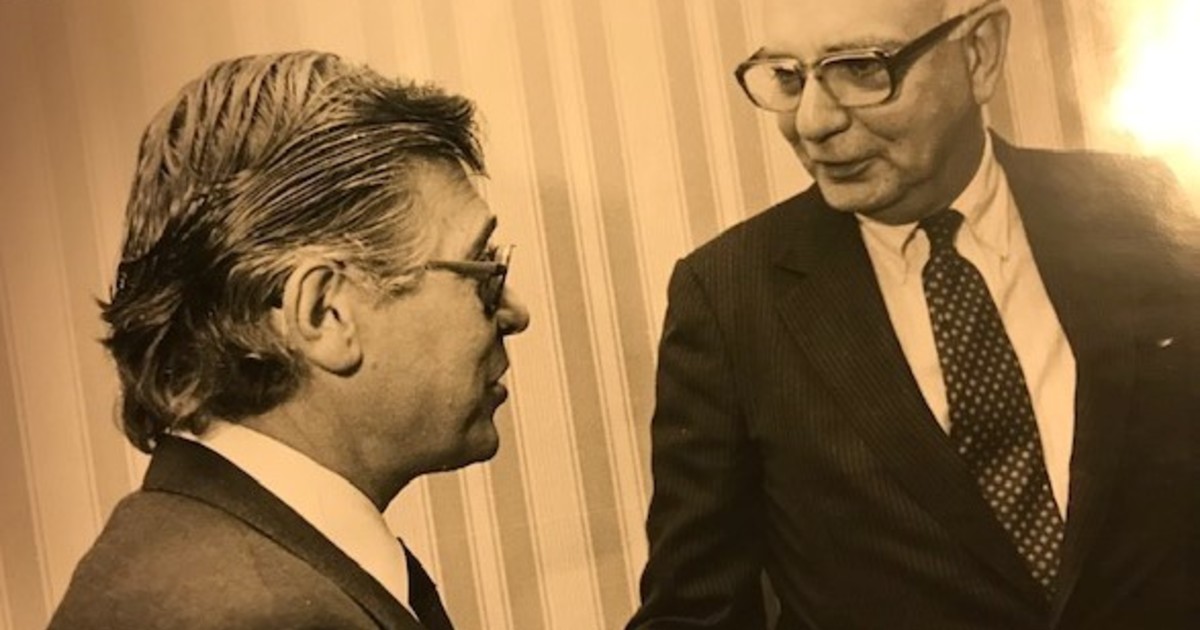 I have difficulties with your policies. Juan Sourrouille told Paul Volcker.

Sourrouille was Argentina’s Minister of the Economy. From the government of Raúl Alfonsín. Volcker, head of the Federal Reserve (Central Bank of the United States). The president was Ronald Reagan.

.The rate hike changes the program numbers. the Argentine said.

Volcker, an economist whose figure garnered worldwide attention – he was six feet tall and was famous at the time for his policy of taking Fed rates to almost 20% to lower inflation in the US in the 1970s, he listened to Sourrouille with a cigar in his hand.

Almost a month had passed since Argentina had launched a program to stabilize prices, wages and public spending. And the Argentine economist’s argument was that the assumptions on which his team, the people of the Treasury and the Reserve had established the main parameters of the model, would begin to change if the trend was ratified. They had worked around the clock for three months on their calibration and in a matter of weeks it could all be thrown away.

Perhaps overacting his drama, the Argentine insisted that while the American had lowered rates from almost 12% a few months earlier, he was now raising them again. I would do it almost a point between July and December of that year.

In addition, in September 1985, corn – then the main crop – was worth 25% less than a year earlier. The Argentine accounts showed that exports would fall by US $ 1,500 million and that the trade balance would register a deficit of US $ 2,859 million. In September the IMF would make a disbursement and if the goals were not met, there was no money.

Volcker went through half a dozen folders that he asked his secretary for. Papers piled up on the table as a cone of smoke engulfed the two economists.

– He’s right, Juan. Volcker concluded after reviewing the figures in front of him. “But you know what?” I cannot change the anti-inflationary policy of the United States.

– We manage to muddle through.

‘Muddle through’ is an expression in English that economists use to refer to a situation in which there is no clear way out and no one has the slightest idea what to do. ‘Muddle through somehow’, you might say. Adolfo Canitrot, his then deputy minister, translated this term into Spanish as “Splash in the mud”.

The truth is that for Volcker the time had come for Argentina .And probably other emerging economies. had to “splash in the mud”. Months later the American, on a visit to the country where he liked to travel to go fishing, gave Sourrouille a painting with a large inscription in English that reinforced this message and in which it could be read. “Attention, the worst is yet to come”. Juan Carlos Torre, in his recent book, Diary of a Season on the Fifth Floor, said that the minister hung him up in the bathroom of his office.

An increase in US rates, like the one Jerome Powell announced this week that will occur in 2022 and 2023, makes investments in dollars more attractive. The greater demand for the US currency appreciates the currency (its price rises) and the opposite occurs with the rest of the currencies and goods such as commodities. Hence, the terror of emerging economies such as Argentina (and others in the region) is the increase in rates by the Federal Reserve.

There is a joke that non-Peronist governments suffer more from these blows. An example was that of Alfonsín but also that of Macri.

In December 2015, just after taking office, the Fed raised rates for the first time in seven years. And in 2018, incoming Fed Chairman Jerome Powell raised them four times. Powell received the worst market welcome for a Reserve holder in history with the S&P 500 and VIX records. Powell announced this week to raise for 2022.

“They can’t take me anymore, Mauricio.”Luis Caputo, the finance secretary, told the president about the prospects of borrowing more money in 2018. Soon the financial conditions would change for Argentina.