Sex Under the Influence of Drugs: The Dark Side of the Playboy Mansion 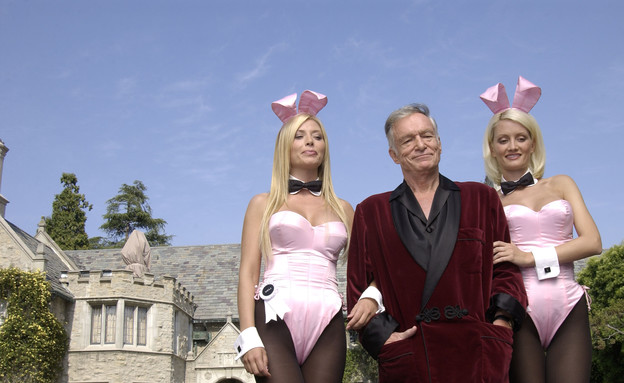 Hugh Hefner’s ex-girlfriend recently revealed how women would take sedatives during parties at the bunny mansion to “flow more,” at Hefner’s request. A few days later, the magazine’s founder’s personal assistant confirmed the matter and even called the bullets “leg breakers.”

“Hefner pretended he’s not into drugs when he lived in the Bunny Mansion, but it was a lie”: Sonda Theodore, a former friend of Hugh Hefner, the founder of Playboy magazine, gave a peek into one of the darker sides of sex parties at the Bunny Mansion. In a conversation with the A&E network, she recounted how she took Quaalude pills (prescription medications to treat anxiety and insomnia) to “break free” at parties.

“When you’re under the influence of it, everything feels good to the touch and it was great,” said Theodore, a Playboy model and Hefner’s ex-girlfriend in the late ’70s. “Usually we would take half a pill. If you took two pills, you would just lose consciousness completely.”

Theodore admitted that in those years she would take prescription pills so that these would make her “flow” more at parties. Meanwhile, men have taken advantage of the fact with other women. She added: “Men knew they could get girls to do pretty much anything they wanted, as long as they were under the influence of Quaaludes.”

Sonda told it all as part of a series that is expected to air on television in late January: Secrets of Playboy. In the show, the production interviewed several women who had witnessed all the injustices that had taken place at the bunny mansion over the years, including Lisa Loving Barrett – who was Hefner’s personal assistant.

Barrett even confirmed what Sonda described in an interview and said that the mansion used to call the prescription pills “leg breakers.” The former personal assistant noted: “In the absence of any other definition, these bullets were the necessary evil for the parties.” She then explained how they would obtain the drug.

“We would get prescriptions ourselves,” she said. “There were pills from Sonda’s prescription, pills from Hefner’s prescription and also pills from my prescription. We actually had a calendar where we would mark dates and write ‘Hefner’s Q’ or ‘Lisa’s Q’. That’s how four, and sometimes even five, people “They would have been able to organize a sufficient amount of balls to ‘feed the machine’.”

This is not the first time someone who knew Hugh Hefner personally has exposed some of the darker sides of the bunny mansion. Just a few weeks ago, Crystal Hefner, the widow of the magazine’s founder, described how she was forced to change her appearance to please her husband – from breast augmentation to excessive tanning spray.