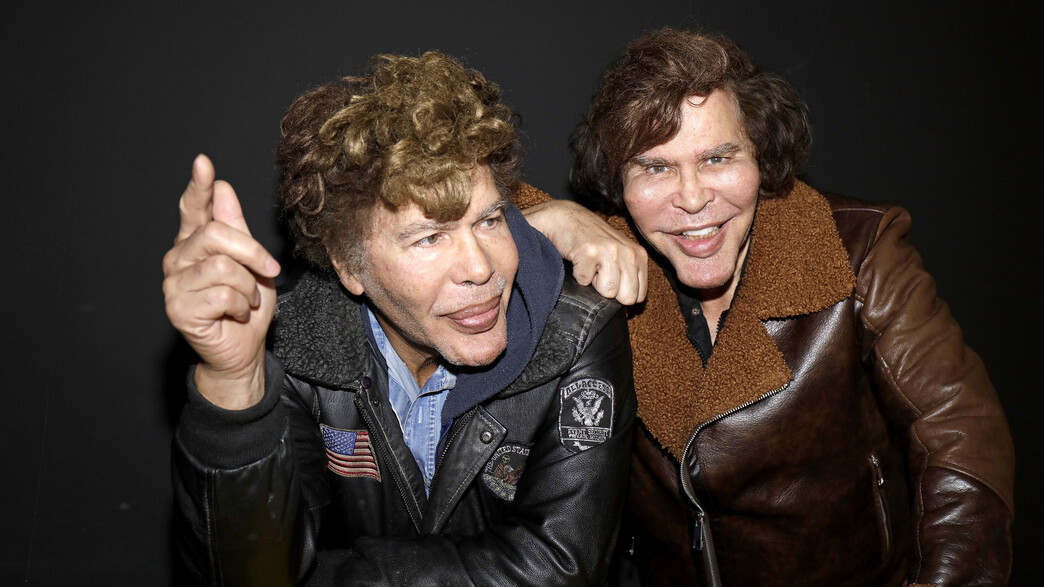 From the childhood years they spent in their grandmother’s castle, through joint science fiction programs that earned them fame, to the plastic surgeries that made them blatantly unidentified – identical twins Igor and Grichka Bogdanoff had a fascinating and dubious life. This week they died of corona at the age of 72, a few days apart

With “cheekbones so high that they threaten their husbands’ ability to see” – as described in an Australian magazine about a decade ago – identical twins Igor and Grichka Bogdanoff have attracted attention wherever they go. The controversial TV-celebrities were descendants of a noble family, gained fame thanks to their joint science-fiction programs, even marked V for a doctorate in physics and later also became a meme who liked Reddit surfers. But the glamorous and somewhat dubious lives of the identical twins recently ended in a Parisian hospital, where they both died of corona at the age of 72 – a few days apart.

Igor and Grichka were both hospitalized on December 15, both in critical condition after being treated in Corona. Grichka, the younger twin, died on December 28 in the intensive care unit and Igor died yesterday (Monday), January 3, 2022. According to reports, both were not vaccinated. “They were not vaccine opponents, they were vaccine opponents for themselves,” the twins’ friend told Le Monde. “Being very athletic, without a fat gram, they believed the vaccine was more dangerous. They never got sick.”

“Surrounded by his friends and family, Grichka Bogdanoff died peacefully,” a statement from the family said after Grichka’s death about a week ago. With Igor’s death yesterday, his family said through his agent that “in peace and love, surrounded by his children and family, Igor Bogdanoff has passed away.” Igor is survived by his ex-wife, writer Emily de Bourbon-Pharm, and their six children. De Bourbon-Pharm is the daughter of Prince Michel Bourbon.

The twins were born in 1949 and grew up in their grandmother’s castle in Gasconia. The two are descendants of German and Austrian nobility, and their grandmother is Countess Bertha Kolobrat-Krakowska. Her scandalous affair with Roland Hayes, the first black American to gain worldwide fame as a classical musician, is the one that gave birth to the mother of the twins. Igor and Grichka both studied applied mathematics at the Institute of Political Science and at this École Pratique Dotez Atid in Paris.

Igor and Grichka were known as presenters, producers and TV presenters. They first gained fame in their country on their joint science and science-fiction program, “Temps X,” which aired from 1979 until the late 1980s. In 2002, the two launched another science fiction program, “Rayons X”, in which they presented ninety-minute special episodes dealing with cosmology, a branch of astrophysics that aims to study the origin and evolution of the universe.

The two caused a great deal of controversy in 1991, with the publication of their book “Dieu et la Science” (God and Science, in free translation) which became a bestseller in France. When the book came out, the academy was in turmoil when an astronomy professor from the University of Virginia filed a lawsuit against them claiming the journal was stolen. After settling the legal dispute and reaching an out-of-court settlement, in 1993 the twins began working on their doctoral dissertations in theoretical physics at the University of Burgundy. And with the lowest possible score.

A New York Times reporter who traced the story of the brothers in 2002 said that one of the twins’ advisers described them as “prodigies” who had a hard time understanding that they were not “the Einstein brothers”. Articles written by the two, which were published in physics journals, tried, among other things, to identify what happened during the Big Bang. In 2002, a physicist from the University of Francois Revela raised concerns about the twins’ articles in an email he wrote to another physicist. As he wrote, the writing of the Bogdanoff twins is characterized by “meaningless combinations of words that arouse buzz,” when he says he fears their claims have been “taken seriously.” The controversy ended in a report stating that the twins’ theses had no scientific value.

In their later years, the brothers were mostly recognized for their eccentric and unusual looks. Some say the two discovered plastic surgery in the early 21st century – though some claim to have cracked the series of surgeries as early as the 1990s. In 2010 it was reported that Igor and Grichka inserted several implants in his chin and cheeks, and underwent Botox injections and lip fillers. As a result, even then they were called “freaks” and “cat people” in France. It can be said that the two became completely unidentified, and yet – they have often denied that they underwent extensive cosmetic surgical procedures.

In 2015, the two went viral on social media, with Reddit users raving about conspiracy theories. To this day, surfers claim, among other things, that the Bogdanoff twins have “powers” and that they can control the crypto currency markets. This claim stems from Grichka’s statement on the French program “Non-Stop People”, when he said that he and his brother helped develop the source code for Bitcoin. Both also claimed that Satoshi Nakamoto, the fictitious name of the man who allegedly invented bitcoin, gave them two “antique” bitcoins and did so “physically”. “In terms of credibility,” a French editor told Decrypt news site at the time, “Igor and Grichka are equivalent to a scientific version of the Kardashian family.”