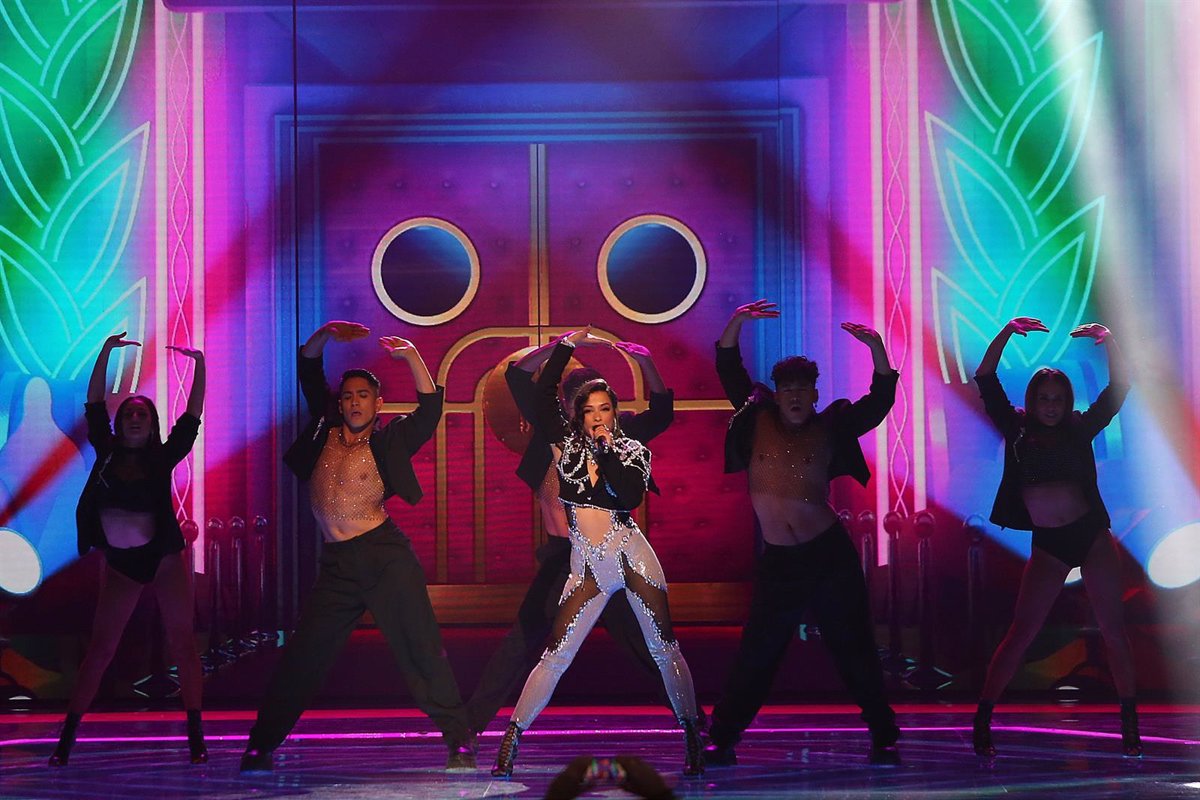 With SloMo, Chanel has won the Benidorm Fest and will represent Spain in Eurovision 2022.

The festival’s favorites, Rigoberta Bandini and Tanxugueiras, are in second and third place, respectively.

After obtaining a total of 96 points, Chanel Terrero has won the Benidorm Fest and will represent Spain in Eurovision 2022 with the song “SloMo.”

Blanca Paloma and her song “Secreto de Agua” came in fifth place (61 points), Varry Brava and “Rafaella” came in sixth place (55 points), and Xeinn and his proposal “Eco” (45) and Gonzalo Hermida with “Who Would Say It” came in last.

Rayden, the “totalitarian leader,” opened the gala from his gallery at the top of “Calle de la Llorera.” On his way to the final, the rapper was escorted by a ladder and numerous steady cam shots.

Tanxugueiras, one of the crowd’s favorites, stood out with a dynamic live act and a dark set with gold and white accents. The pandereteiras, accompanied by two dancers, have elevated the public of the Palau l’Illa with “Terra,” in one of the night’s most acclaimed performances. Many differences in performance from Wednesday have resulted in them receiving the most points from the demographic vote and the televote.

Varry Brava’s “Raffaella,” a tribute to Raffaella Carrà, has drove the Palau insane. A vibrant show with several references to the singer. Red feathers, blonde wigs, polka dots, on-stage disco balls, and a thousand different ways to play the piano.

Chanel is ranked fourth. One of the highlights of this year’s Benidorm Festival, with a strong performance on Wednesday earning it the title of favorite. The singer’s song “SloMo” was accompanied by dancing, singing, and acrobatics this Saturday, when she was the jury’s favorite, receiving 51 points.

Rigoberta Bandini, another fan favorite, performed “Ay mama,” an ode to motherhood and the female body on stage. On the screens, there was a big boob and a boob, as well as an animated choreography that turned the audience at the Palau l’Illa upside down.

Xeinn, who came in sixth place, began his performance of “Echo” by enclosing himself in a circle cloth. The images have since taken a tour of other great films and shows from the 1970s, 1980s, and 1990s to the present.

Gonzalo Hermida has been unable to act since testing positive for the coronavirus on Monday. Instead of his performance, a video clip of “Who Would Say It” was shown, and the singer-songwriter was invited to join in via video call.

Blanca Paloma, who captivated us with her “Secreto de agua” with a powerful vocal performance and an impressive set design, was one of the night’s shocks. A white cloth on the ground is draped over a water projection that creates a water lily impression. It then unfolds into a curtain-like look.