Israeli Itay Levy was a guest at the performance of Ibrahim Tatlises: “I couldn’t feel my legs” 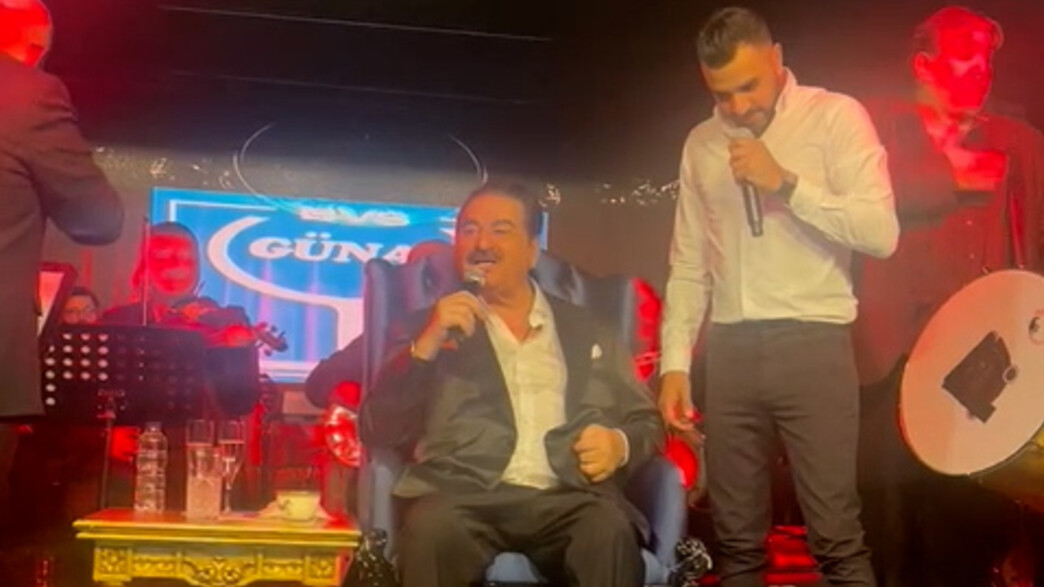 Tatlises, who is considered one of the great voices in Turkey and a veteran singer who is well known all over the world, hosted the Israeli singer during his performance last weekend. “It is a great honor for me to take the stage in Istanbul with someone who is the soundtrack of my life,” Levy said

An extraordinary moment was recorded last night (Saturday) while the most successful Turkish singer in the world, Ibrahim Tatlises, hosted the singer and judge in Israeli “Next Star” Itay Levy, who was visiting Istanbul.

Levy took advantage of Saturday night to attend the performance of Tatlises, one of the greatest singers in the Turkish stream and a name that is well known all over the world, held at the Gunay Club. When Levy entered the place, Tatliss greeted him in Hebrew, and later in the evening, as mentioned, he also invited him to the stage.

After the two performed Haydi Söyle, one of Tatliss’s well-known and successful hits, Itay Levy excitedly said in a conversation with Mako: “It is a great honor for me to take the stage in Istanbul with a great singer like Ibrahim Tatliss, who is part of my life soundtrack.”

“I flew with friends for a vacation in Istanbul,” he says, “when we arrived we discovered that Ibrahim was performing in those days – without thinking twice we got organized and went to the show.” When we arrived at the place, his people, who love Israel terribly and are connected to it, made sure to seat us at the table in the front row. We were most taken care of and received well. ”

Levy goes on to say that throughout the evening Tatlises, who is already experienced with Israelis, threw him Hebrew words (“Shalom, Shalom” and “good evening”): I felt I could not stand on my feet out of excitement, I really did not feel my feet, but this is a moment that will not happen again, Ibrahim the Great invites me to the stage, who can say no ?! So I forcibly lifted myself and went on stage. alive”.

How do you feel now, did you believe it would happen?
“I feel like I’m in a dream, I can not believe it happened to me. It’s a dream I did not believe I would fulfill, thank the Creator of the world for that.”

Did you speak further beyond the word here word there and song?
“Yes. He told me that he loves Israel and that he has a special connection to the country. And there was one moment that moved me the most.”

Can you share?
“He told me that if I invited him to a show in Israel he would also come. I will of course invite him to my show at Menora next month and I will pray that he will come to rejoice with me.”

Levy has recently been quite a bit overseas. Just a few months ago he flew to the United States for a tour, where he had a Saturday dinner with Marie J. Blige (who starred just a week ago in the Super Bowl half-time show) and Al Cole Jay. Although they are world-renowned artists, he also knows that it is impossible to compare: “With Mary J. Blige I did not go on stage to sing, I was moved by my presence next to a legend like her. But in the case of Ibrahim – it is to go on stage. To sing his songs, “It’s something else. If my heart could speak, you would understand how I felt.”

As mentioned, Tatlises is very experienced with Israeli singers already. When he performed in Israel in 2013, he hosted Sarit Hadad and they also sang Haydi Söyle here. When the veteran singer returned to his TV talk show after a decade (after a forced hiatus following shooting by unknown individuals) one of his first guests to take part in the first show was Lynette.