The NFTs are consolidated in ARCOMadrid and open the debate between gallery owners and artists: are they works of art? 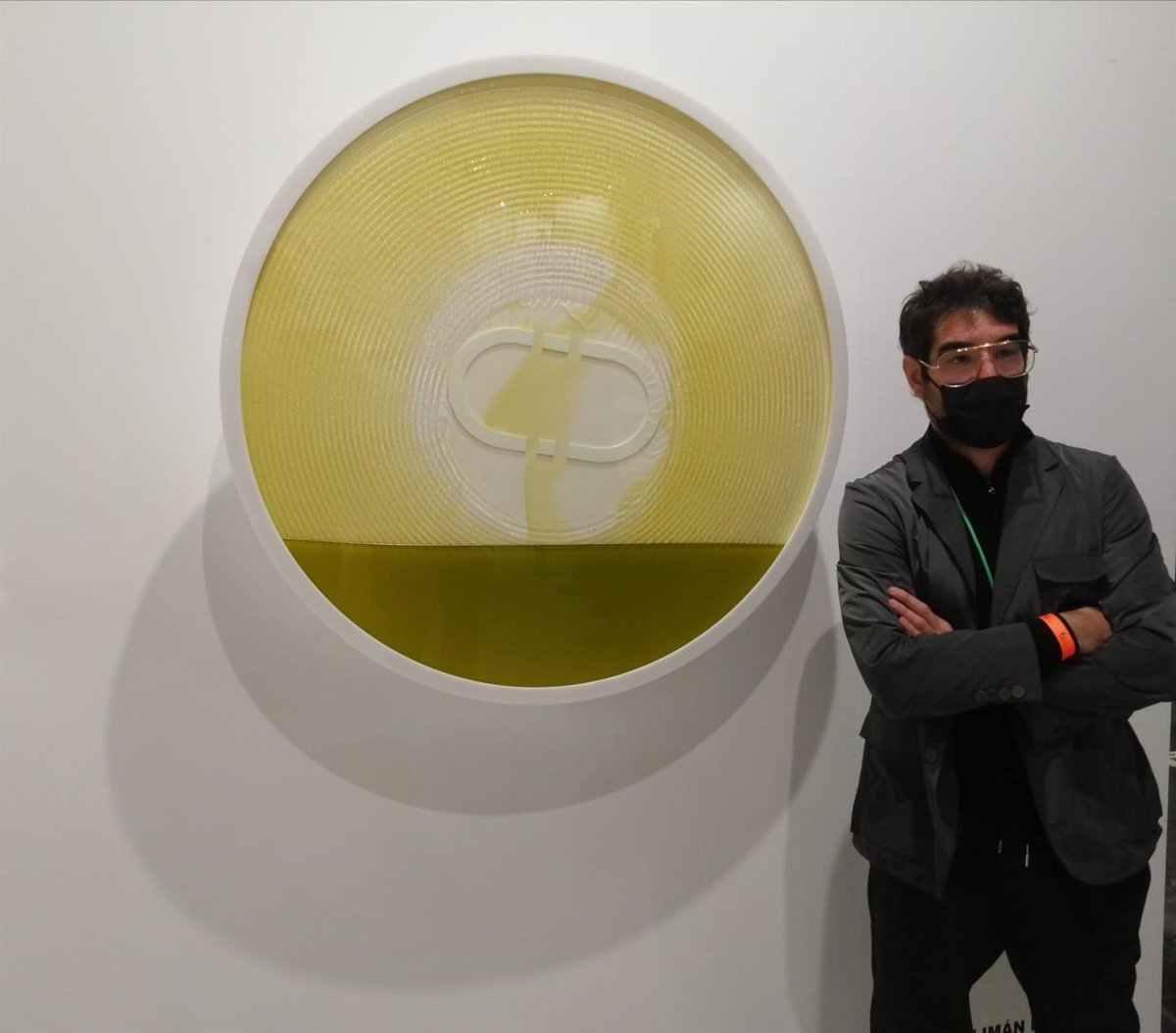 NFC art is also present, the personalization of paintings with a technology similar to mobile payment

The NFT pieces (‘non fungible token’) have returned to the ARCOMadrid fair after their appearance in the last edition and are present in up to four different galleries, opening a debate between gallery owners and artists as to whether they can already be considered works of art or not.

The first to open this debate was the director of ARCO, Maribel López, who in an interview with Europa Press defended this incursion of digital into contemporary art, although at the same time recommending “not being in such a hurry” to equate them.

“The NFT provides possibilities that did not exist until now and has incredible potential, but there is no need to be in such a hurry to immediately equate it to art: art must not be confused with marketing,” he warned in the week prior to ARCO.

In the Fernando Pradilla gallery there are two NFT pieces by the Colombian artist Álvaro Barrios, ‘Dream’ and ‘The Circus of El Museo Duchamp del Arte Malo’ (priced at 12,000 and 15,000 euros, respectively), which this year have passed through a digitization process after its creation –around the year 2015–.

“Barrios considers that the NFTs democratize art and that is the most important thing for him, since he has focused his production on ‘Popular Engravings’. He started working for newspapers, where his photographs could only be accessed by subscribers, and now these works seem to him the epitome of the popular”, Omar Téllez, who has participated together with the artist in the production of the work, explained to Europa Press.

One of the artists who repeats with NFT at ARCO –and who was the first to sell this type of piece at the fair in 2021– is Solimán López, at the Baró gallery. ‘Olea Spin’, a work in collaboration with the CSIC that “fuses the genetic code with the computer code” –with a price of 26,700 euros–, and ‘Olea petri’, a kind of golden coin for 5,500 euros, are your bets for this edition.

“People associate the NFT concept with content, but it is not like that. For me, the NFT is not art, but a digital protocol with infinite possibilities,” the artist, who also already works to program its own cryptocurrency, the ‘Olea’, which is “in the launch phase” – it is expected in April -.

“I see NFTs as a logical consequence of my evolution as an artist and, personally, I think that it is something that was needed for intangible production: a property stamp. To date, only tangible works seem to have value”, has defended the Spanish artist.

Daniel Canogar was also the protagonist in the last edition for taking the opposite side with his work ‘Shred’ –‘crusher’ in Spanish–, a piece that, through an algorithm, destroyed NFT works in real time on a screen . A year later, the artist humorously confirmed to Europa Press that he sold the work – it had a price of 32,000 euros – but to a “crypto-art collector”.

“It was a criticism of these works when they are related to speculation, but unfortunately the ‘more traditional’ public, so to speak, of ARCO, did not understand it. And it was sold as an NFT work,” he said. Canogar reiterates that his position is not contrary to the NFT, but to the contents of these works, which are “poor” for him.

“It would be like saying that I am against photography, I am aware that NFTs are here to stay, but we must work now to minimize their environmental impact, for example,” said Canogar, who also points out his criticism against speculation that It can generate. “I find it ironic that there are millionaire artists, I also believe that the art world is elitist and, from time to time, a kick in the ass is good for it,” he ironized.

NFC, PERSONALIZED ART ON THE MOBILE

The Ryder gallery houses works by the Swedish artist Jonas Lund, who usually works with NFT, but on this occasion has brought a different piece to ARCO. Through a painting composed of traces of the most expensive works sold in auction houses, Lund introduces NFC technology in his piece.

“It is a technology similar to that used with mobile payments: you pass the mobile through the box and it has up to eight different code areas that allow you to display the box on your terminal with variations”, they have explained to Europa Press from the gallery, emphasizing the “interactive relationship” with the work. This painting is priced at 12,500 euros.