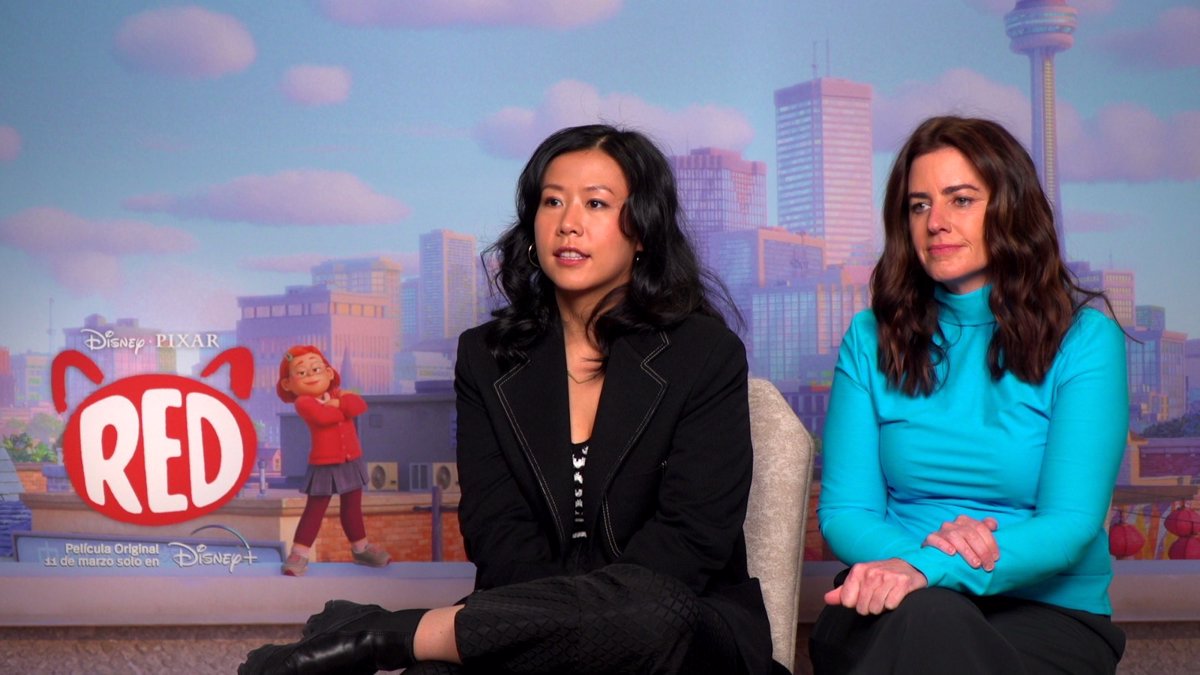 Next March 11 arrives at Disney + ‘Red‘, the new film Pixar Animation Studios which has the honor of being the first film of the factory directed, written and produced by women. Chinese-Canadian director Domee Shi, who won an Oscar with her animated short film ‘Bao’, makes her feature film debut with a fable about puberty and female emancipation. “It is a historic moment, I hope we are the first of many other teams of creators“says the filmmaker.

‘Red’ tells the story of Meilin Lee, a 13-year-old girl living in Toronto between 2002 and 2003. Of Chinese parents, the little girl is somewhat trusting and a bit clumsy, although she has a wonderful group of friends, she has an excellent school record and a relationship with her family that is much better than that of her classmates. her. However, everything changes one day when she wakes up turned into a giant red panda. She learns that her family shares a common history with this species and will turn into this animal when she is too stressed or excited.

Even though Brenda Chapman was the first female filmmaker to sign a Pixar film, the Oscar-winning ‘Brave (Indomitable)’, had to share directing credit with Mark Andrews. This converts to ‘Red’ in the first feature film with a solo director, who signs the script together with Julia Cho and has Lindsey Collins as producer, thus forming an entirely female team. A movement that reflects the spirit of equality and diversity of the animation factory.

“It’s exciting. The fact that we are the first team led by women makes me feel responsible, although I think there will be many more. I think that the film industry is beginning to see a trend that reflects that the public wants to know different stories and Many of these stories are from filmmakers who come from different backgrounds and diverse cultures.“, declares Shi in an interview granted to Europa Press.

“This movement started a few years ago, getting these projects off the ground takes time. This is being a long-distance race and it is now when the results begin to be seen. This film, we had it in production for about five years. It’s wonderful how different stories like ‘Red’ make their waywhich show that there are diverse voices that want to be heard,” adds Lindsey Collins.

THE FAILED RETURN OF PIXAR TO THEATERS

Initially envisioned as Pixar’s grand return to theaters, Disney chose to release ‘Red’ directly on its streaming platform, on the grounds of the increase in COVID-19 cases caused by the Omicron variant. Given this change in programming, which will deprive the public of enjoying the film on the big screen, both Shi and Collins share their resignation, since “families are not yet returning en masse to theaters.”

“We feel resigned. Of course we would like to see the film on the big screen, but there is still covid and families and children are not going back to theaters en masse, not as we would have liked. So, our priority is that the majority of people, of families, can enjoy the film and in the safest way, the answer has been to release it on Disney + “, defends Shi.

“Luckily the platform is there, because I don’t know how we would have done it, especially with the cases of ‘Soul’ and ‘Luca’. As things stand, we think the premiere of ‘Red’ on Disney + can be an opportunity, “adds Collins.