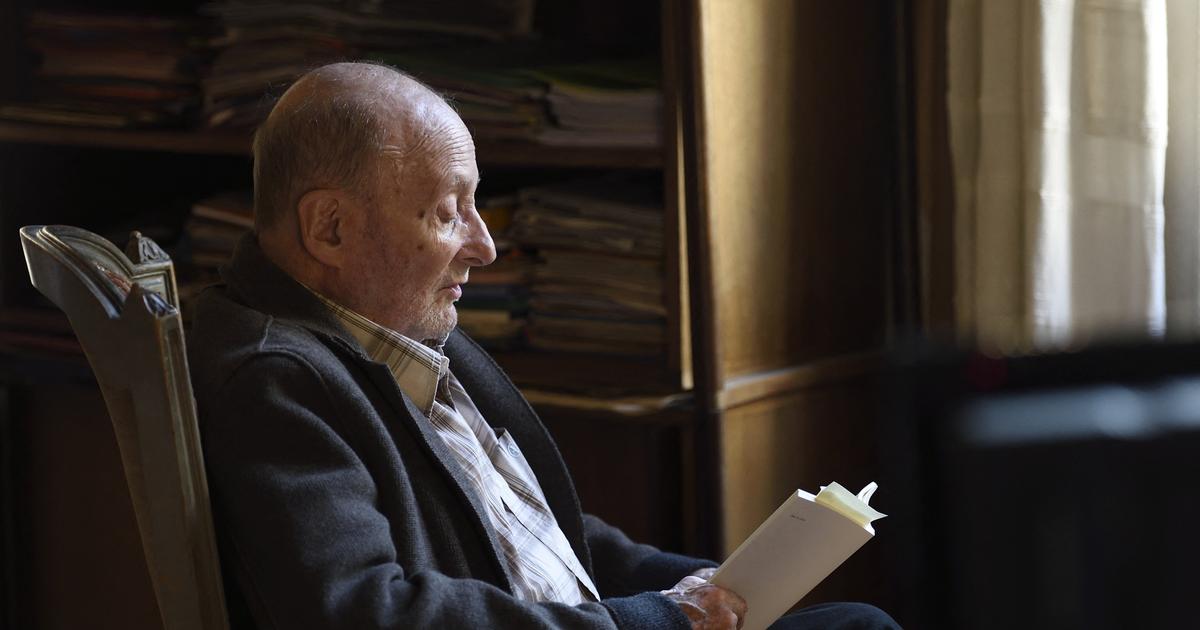 The author had created a hyper-realistic universe, in which he dealt with the false banality of life and the difficulty of humans adapting to the modern world.

Sartre said that Michel Vinaver’s work was inspired by Boris Vian. Considered the pioneer of everyday theater “, the playwright had received the Grand Prize for Dramatic Literature in 2015. He had written twenty-five plays and yet assured a little bravely that he had “ never known this disposition which is called the love of the theater » (Interview with Jean-Loup Rivière, Writings on Theater II, The Ark, 1998). Born Michel Grinberg, to antique dealer parents from Russia, on January 13, 1927, in Paris, the father of actress Anouk Grinberg died on Sunday May 1 in Paris at the age of 95, announced to AFP his daughter, actress Anouk Grinberg.

A major figure in contemporary dramatic art, Michel Vinaver was Chairman and CEO of Gillette France from 1966 to 1982. He then taught at the Institute of Theatrical Studies of Paris III, then at the University of Paris VIII , until 1991. His experience in the world of work has nourished all his work, from Job Application on a ruthless mode of recruitment in 1971, Bettencourt Boulevard or a history of Francecreated in 2015 by Christian Schiaretti, via TV show or September 11, 2001.

An attentive observer of his contemporaries, the author dipped his pen into reality. He had created a universe Vinaverian » hyperrealist anchored in the present, in which he dealt with the false banality of life and the difficulty of human beings to adapt to the modern world. Younger, this eternally curious, thoughtful and benevolent had studied literature and had a scholarship for a year in New York, where he had learned about the birth of Greek theater and tragedies. He had been hired at Gillette in 1953 thanks to a classified ad in the press. The company moved from Paris to Annecy in 1954. This is how Michel Vinaver met Paul Thisse, a resistance fighter thanks to whom he took part in theater courses taking place at the Château d’Annecy.

Intrigued, the future playwright went to the places where his destiny was played out: “ I felt an emotion. I vaguely suspected that morning that I was at the heart of a collective adventure that these hundred or so people of all ages and origins, from all professions, of all conditions were going through, an adventure whose crossing was going to leave lasting traces for some. in their character, in their life. (Speech by Michel Vinaver, May 12, 2015). The man does not believe so well say. He has a “ thunderbolt » pour Hamlet, of Shakespeare, then Ubu roi by Alfred Jarry, two authors who will be found in his texts.

At the Comédie-Française in 2009

But we are not there yet. The director of the internships in Annecy, Gabriel Monnet, offers him to write a play. Michel Vinaver was already the author of two novels (Lataume, released in 1950 and The Objector, 1951 rewarded with the Fénéon prize). He settled in a small hotel in Ardèche and wrote Corean people which appeared in 1955 and was directed by Roger Planchon. He took a liking to writing, he won’t stop. He is employed full-time at Gillette, but blacks out pages, juggling office hours and home life; at the time, he was the father of four young children.

are born The ushers (1958) et Iphigenia Hotel (1960) which deal with the war in Algeria, Overboard dedicated to the marketing of French and American companies (1969), The Ordinary (1981)… In February 2009, he entered the Comédie-Française repertoire with the latter, a play “ in seven pieces “where he stages the air disaster in the Andes cordillera in 1972. Eight survivors” continue to live as if the accident had not taken place in front of a shredded plane wreckage.

His texts are staged by Jean-Marie Serreau, Jean-Pierre Dougnac, Antoine Vitez, Jacques Lassalle, Alain Françon… Vinaver himself adapts works by Sophocles, Euripides, Shakespeare or Botho Strauss. Was always surprised to have built a work: “Not only did I not want to be a professional writer, but I didn’t didn’t even want to have a job close to writing, for example being a teacher or a journalist. I have always rested from one of the two universes in the other. Being able to move from management to theater, and vice versa, has always been a factor of relaxation »he explained serenely (Louise Vigeant, Banality in disorder: interview with Michel Vinaver, 1998). This humanist said he was more influenced by painters like Ernest Pignon-Ernest, Dubuffet, Rauschenberg, Oldenburg than by authors. Today, it is he who inspires them.

One thought on “Playwright Michel Vinaver dies at 95”