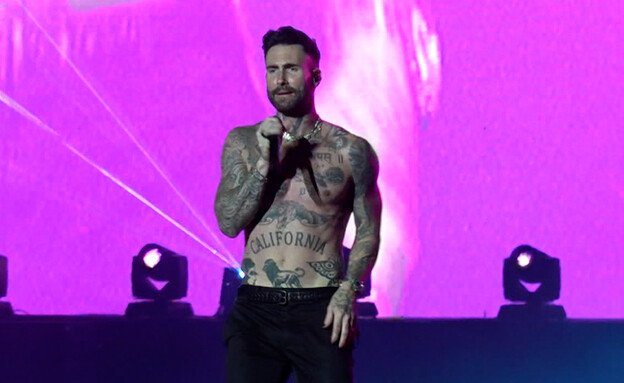 The last show of Maroon 5 took place yesterday (Tuesday), and tens of thousands of enthusiastic fans came to the Yarkon Park in Tel Aviv to scream all the lyrics. It is now reported overseas that in parallel with the giant performances in Israel, Adam Levin, the band’s lead singer, pocketed tens of millions – thanks to a huge sale he made in his hometown.Levin, 43, and his model wife Bhatti Prinsloo, 33, purchased a luxurious mansion in Southern California in 2018. The two paid $ 31.95 million for the estate, which was bought from Ben Affleck and Jennifer Garner in the year they divorced. Levin and his wife have lived in the huge property in recent years, but now, in parallel with his performances in Israel, the two have sold the estate for no less than $ 51 million.

With $ 20 million in net profit, the sale of Levin and Prinsloo became the third most expensive sale held this year in Southern California. The happy buyers, whose identities remain unknown, will live on 836 square meters designed by architect Cliff May in the 1930s. This property features a main building and a secondary building, which has a gym, yoga studio, offices and guest rooms. The property also has a basketball court, kitchens Large and well-equipped and a huge parking lot, and in total it boasts no less than ten bedrooms and 14 bathrooms.