“Pier Paolo Pasolini killed because he knew things and was annoying” 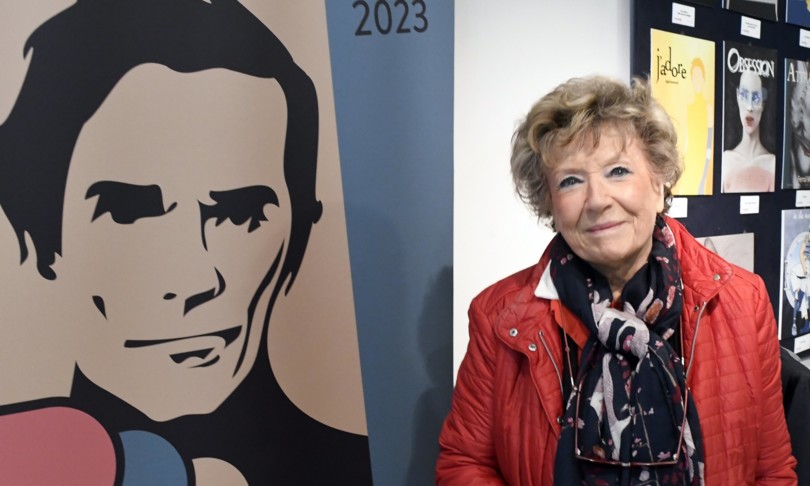 Pier Paolo Pasolini would have turned one hundred in this 2022. Poet, writer, essayist, filmmaker … a charismatic man, intellectually fruitful, sometimes hard, grumpy and perhaps too direct in expressing his thoughts that he left a heritage of values ​​and ideas in a certain sense ‘prophetic’ for the lived today.

“I never believed the thesis that Pier Paolo was killed only by one person … He had an attitude that was annoying, and in my opinion and not only in my opinion, since I am reading so many books and writings about him in this period that agree that he was killed because he knew things, even if he said he had no proof, behind his death there is it was something more important. They certainly eliminated some killer boys but because his voice was important. “Thus Dacia Maraini, in an interview with AGI on the occasion of the 100th anniversary of the birth of Pier Paolo Pasolini, reconstructs the figure of the great artist to whom he dedicated his last book, ‘Caro Pier Paolo’ (Neri Pozza publisher).

“Italy – adds the writer – has a history of unrevealed secrets. So I think that his death is one of the many Italian secrets. Pelosi took the blame at the beginning, then he said it wasn’t him and that there were at least three but there are no names. He could have said it immediately but maybe he was blackmailed, he knew a lot more but did not tell the truth “.

“A man who was apparently tough and grumpy”, comments his great friend Maraini.

“In reality – he says – he was a person of unique sweetness, of great sensitivity and humanity. A man of great values ​​and sentiments” who today, “can teach a lot to the younger generations and who had already seen in his time, the direction that would have taken today’s world. ”

“Caro Pier Paolo” is a book written in epistolary form, which contains memories and anecdotes, remnants of a deep friendship such as that between Dacia Maraini and Pasolini, published on the occasion of the centenary of the poet’s birth.

“It is an idea that was born from dreams – says the writer – after his death it happened to me many times to dream about him and I told this fact to friends. Until the publisher proposed that I collect these common memories, a private part that no one knows. And so, the idea of ​​this book was born “.

(Listen to the podcast interview)

And what does he say to her in a dream?

“Well, the first time he told me that he was back for a movie, he told me what he wanted to do and then he disappeared, he left me wanting to talk to him – says Maraini – Another time he reminded me of things done together. And this is precisely the private part. , less known “.

The one that, in fact, disavows the image of the hard, severe Pasolini.

“Yes, he used to be aggressive and provocative, but the private part that I know of him and partly reveals, is that of a very sensitive, sweet and affectionate person”.

“Yes, the mother above all, an incredible bond and then with Callas it was a true love, obviously platonic. He loved her very much as she did with him but her life was doubled: eros was of the male world , affections and love were typical of the female world but everything was linked to the figure of the mother. He said that he could not make love with a woman because it would be incest. But people do not understand that there is also platonic love. Callas would have she wanted to marry him, she was very much in love and naively thought of changing him but at that age, it is difficult to change tastes and ways of being in the world. She wanted to change him with love as so many women naively do “.

So Pasolini is a kind man

“When he wrote about society he was hard, as a reaction. He used to tell from an early age that at six, when he realized he was homosexual, he was attacked, scolded and scorned. And this weighed heavily on his relationship with his time. That’s why he was aggressive when he wrote in public. But in his private life he was a very docile person. In our travels I have never heard him say a rude word, to offend, to protest, to grumble to be a victim. We went off the tourist routes, slept in tents, in the heart of Africa, they ate cans, hated stuff, we drank unclean water. We were in the poorest and most archaic Africa and he was so helpful and affectionate with those who were ill, with those who suffered. All the opposite of the public attitude “.

But did he never talk about his political and journalistic intuitions? The phrase “I know but I don’t have proof” was famous about him

“He rarely discussed his intuitions with us. When he came out he would leave the world that oppressed and despised him. Let’s remember that he had 82 complaints. But when he was with friends he tried to forget and talked a lot about poetry. For example, I didn’t love Pascoli. which he liked. I considered him a sentimental poet, but he recited it by heart with such passion and joy that he made me love him. Pier Paolo loved literature not in the professorial sense, but in the joy of reading. In the little things of all the days he led a much less political life than one might imagine. ”

Today much about the writings, reflections, are shared by young people through social media, and here his somewhat prophetic vision of today’s experience comes out.

“The boys know well that he had a prophetic gift but not that of a saint, mind you. He always said that the fascism that he had lived and known struck outwardly the human being while industrialization and the consumer society struck the man inside and they made him become an enemy of himself and of nature. His was an apocalyptic vision but today, we realize that he was right, because then it happened: we are slaves to consumption and we have changed our ideas and this Pier Paolo had warned him when everything was at the beginning of the transformation. Today young people could learn from him the teaching of sincerity, to say what one thinks and not for exhibitionism. He did it and was persecuted. After all, ours is a country that does not he is inclined to the truth. Lies are thought to be normal. ”

What would you say about the ongoing war today?

She too suffered the war, deported to a prison camp in Japan

“Yes, from 1942 to 1945. The war leaves deep wounds in a child, which become scars, I was a small child but when I look at the photos of the bombs that fall in these days, I feel them on me: I know what it means to run in a basement with the fear that the house will collapse on you, it’s horrible, you can’t imagine, every night I was amazed that I was still alive. I know well what hunger, cold means. We were there, in that field without eating and it was very hard “.

You have lived with Moravia beautiful summers in Sabaudia

“It was a fruitful and beautiful period in Sabaudia there was also Bertolucci who had a home there, the painter Tornabuoni, Laura Betti with a house in Circeo, a bustle of artists who came and went to us, there was Dario Bellzza, Garboli, poets and filmmakers were constantly hosted. It was a period in which the artistic community felt very united. Now it is no longer like this, everyone goes on his own business and we only meet on public occasions. Today there are no bars where we gathered, the trattorias, the pleasure of meeting was the basis of intellectual exchanges. Today there is no reason why the cultural climate has changed, everything is shattered, liquid, fluid, ideologies have disappeared, people find it hard to recognize themselves in a community and the institutional communities themselves wage war. Think of the judiciary: it is incredible to witness the internal war that exists “.

And Pasolini had sensed the risk of the disappearance of ideologies

“I really think so, at various moments this idea of ​​his that was about to start this shattering comes out.”

Does the book refer to an image of Pasolini walking alone, in the dunes of Sabaudia, but suffering from loneliness?

“Yes, but of interior loneliness, because he was a man of tradition, of values. Love for his mother, for example, held him back. I met him when he was over 40 and then I accompanied him to the end. at a certain point he entered into a kind of catastrophic conflict with his time, his latest film ‘Salò’, it is very bitter, painful, and he felt alone. Yet he lived with his mother and cousin. But his was a solitude. psychological. He felt at odds with his time. He loved football, had a super athletic, muscular physique. When he died, with that physique it was impossible to think of a hand-to-hand. Because of how torn he was, there were at least three out of them. he”.

He loved to go out at night

“Look, he was not a predator, his eros was not prey. He was looking for himself as a kid, he would never have done violence. This is very clear, contrary to how he insinuated himself making him pass as a serial rapist but he was never and never been like this “.

Who does not know Pasolini, where can he start?

“I am tied to poetry, in particular to ‘The ashes of Gramsci’. But there are two posthumous librettos, ‘Atti impuri’ and ‘A modo mio’, in which he tells himself, his adolescence with such freshness and sensitivity. Here I would dwell on these. Then there is obviously all his boundless production “.

“It is difficult to say, because the times we live in are very different but I cannot deny that there are very courageous personalities, as Pasolini was, and I think they are among journalists rather than poets. Difficult fronts, who write things using courage. And there are. I think of the kind of journalists who with their work contribute to defending democracy, the truth. Those who have understood that we must be on guard against power. And then, when I think of the writers, Saviano immediately comes to mind who puts all of himself into the fight against crime, take courage. I think of Scurati, who is doing an important investigation into the myth of war. In short, there are so many and now I don’t want to forget about it. some, but there are and very deep “.