A mosquito plague keeps Israelis away from Sinai 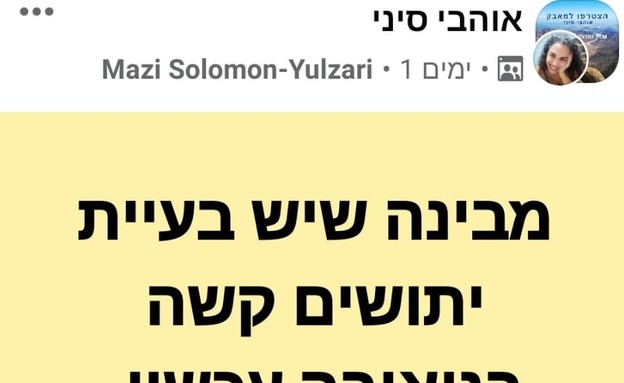 Yoni, a 30-year-old resident of Tel Aviv, arrived a few days ago to spend time with his girlfriend in one of the coveted huts in Nuweiba. He did not believe that his vacation would turn into one big nightmare within hours.

“We came for a week of vacation in Sinai, it was calm and suddenly in the evening we caught bites all over our body. Swarms of mosquitoes attacked us in the senses. Very scary. No one told us there was a mosquito attack on Sinai, otherwise we would not have come for a walk until they treated the problem,” he described. “It’s a nightmare. We went to stores in the area to buy anti-bite and aloe vera ointments for sedation but they did not help so much. The mosquitoes did not leave us for the whole trip. It was hallucinatory. These were strong bites. After three days we ran away towards Dahab. There were far fewer mosquitoes. “.

Quite a few Israelis who were stung in many parts of their bodies decided to shorten their vacation and return home. Hundreds of others who had heard of the Egyptian sting of mosquitoes preferred to stay in the country and wait until the phenomenon was eradicated.

“After a day of bites, we left Sinai and returned home. It was really unbearable. We applied ointments without results and we had nowhere to buy mosquito nets,” said a couple from Jerusalem. “Our first time in Sinai. A bit like us who just came back to Israel because they were full of pretty scary bites. ”

The focus of the bites was mainly in the Nuweiba area, Sharm el-Sheikh, in certain parts of Dahab and not far from Taba. The nightmare of thousands of Israelis came true and quite a few simply moved to more distant beaches but even there the mosquitoes came and stung them mercilessly all over their bodies.

“We knew there were mosquitoes but they did not tell us that the situation was so bad,” Daniel recalled, who arrived in Sinai this week with some friends. “This is the 11th blow of Egypt. “In air-conditioned rooms. Only the air conditioner can eliminate the mosquitoes,” she said. “But the problem was the next evening when we were near the beach and there we experienced a bite attack.”

The suspicion is that the source of the bites is infrastructure problems – untreated sewage flow and suspicion of West Nile fever. “There has not been such a mosquito infestation in Sinai for many years. Probably because of the corona’s influence they did not treat the sewage system and the mosquitoes invade the senses and stings,” explained Tal, an Israeli who has traveled to Sinai for many years. “It is heaven. I am willing to absorb the bites in Sinai and not pay thousands of shekels a day for a room in a hotel in Eilat.”

At the moment the mosquitoes are not expected to disappear. “The Egyptians show no signs of treating the phenomenon. I would suggest to all Israelis simply not to stay in the Nuweiba area where the mosquitoes are settling,” Tal explained.