The infections and diseases that can be caused by oral sex 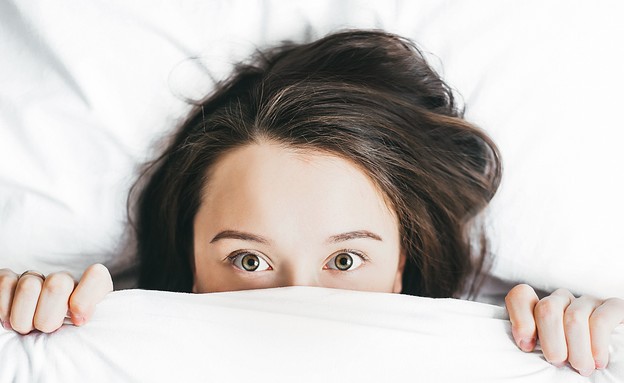 Chlamydia is one of the most common venereal diseases in the world, affecting about 2% to 3% of people between the ages of 18 and 35. Like all other sexually transmitted diseases, chlamydia is transmitted from an infected person to a partner through sexual activity, and there is a, albeit lower, chance that it will be transmitted through oral sex.

Chlamydia passes when the mucous membrane (the same small, soft piece of skin that covers all the openings) comes in contact with the secretions of semen or vaginal fluid. Because the bacterium that causes chlamydia prefers to focus on the genital areas rather than our throat, it is less likely that the infection will occur during oral sex. But one should still be careful that the bacterium can pass through the penis or vagina into the mouth.

Most people who are infected with it (especially women) do not experience any unusual symptoms and therefore it is difficult to detect the disease unless you go for a test. In some cases there are symptoms such as abnormal discharge from the penis or a burning sensation when urinating. The disease can cause permanent damage mainly in the reproductive system of women, such as infertility, difficulty conceiving and conditions of ectopic pregnancy.

Gonorrhea is the second most common venereal disease (after chlamydia) worldwide. In 2010, the World Health Organization estimated that there were more than 100 million gonorrhea patients worldwide. The bacteria that cause the disease are often located in the throat and eyelid mucosa, which can lead to eye infection and infected secretions from the eye itself (hand contact with the eye during intercourse is also an option to transmit the bacterium). The virus also lives on the surfaces of the urethra, vagina, cervix, lining of the uterus, fallopian tubes, anus and rectum.

In the case of oral sex that is performed unprotected, there is a risk of transmission of the disease because the vagina, cervix, anus, penis or mouth come in contact with the secretions of the infected person. Gonorrhea May cause chronic genital infections and even infertility in women and men.

According to CDC data, one in six people aged 14 to 49 suffer from genital herpes. Herpes is caused HSV virus And he erupts through Multiple blisters and ulcers, usually small in size, that appear on and around the genitals, anus and mouth.

Because it is spread through contact with the skin, it can be spread without the need for full sexual intercourse such as through kissing or oral sex that causes the virus to pass through infected blisters in the oral cavity.

The AIDS virus, which damages the immune system, can be transmitted primarily through contact with one of the following body fluids: blood, semen, vaginal fluid or breast milk. In order for the virus to pass to another person, it is necessary for one of these fluids to enter the bloodstream of the infected person. Therefore the chance of getting it in oral sex is very low but not impossible.

During oral sex, it is important to be careful not to forcefully stab the penis so as not to tear delicate tissue around the penis, vagina or inside the partner’s mouth, thus creating a wider opportunity for fluid to seep. It is important in any case also to re-examine the penis or vagina after the act to make sure there are no tears.

At the end of the act it is important to spit or swallow the ejaculate, and not to let the liquid stay in the oral cavity for long periods of time, as it may make its way through open wounds or damaged tissues in the mouth. Once the sperm is swallowed, the stomach acid and enzymes in the esophagus kill the bacteria in it.

According to the World Health Organization, approximately 6 million people aged 15 to 49 are infected with syphilis worldwide each year, and the disease causes the deaths of more than 300,000 people each year. The disease can be contracted by any contact with an open and contaminated ulcer, Sometimes the disease can also pass through a prolonged kiss or close physical contact with an infected person. Syphilis is a high risk in the case of oral sex, as if the wound is in the oral cavity, the act can cause infection. Syphilis sores can be in the mouth and also in the genitals. So that both sides are vulnerable.

These are the recommendations of the Ministry of Health for the prevention of sexually transmitted infections: