Israel: Significant decrease in the number of crib deaths (SIDS) 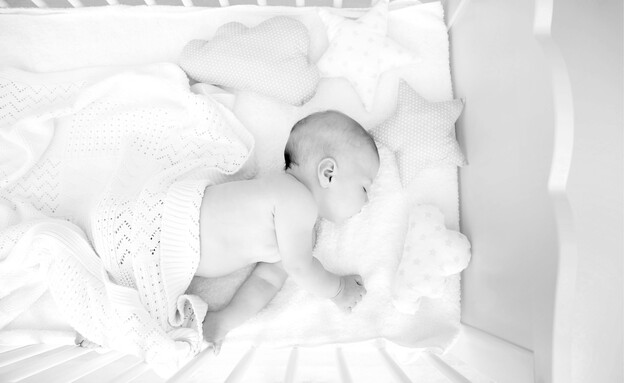 A comprehensive study examining the actual application of the recommendations for preventing risk factors for cot death and sudden infant death, among 335 parents from 59 localities in the country found that 82% of parents knew that infants should be put to sleep only On the back, but only 67% of them reported that they did indeed put the baby to sleep on the back. This is an improvement compared to 33% of the parents who participated in a survey conducted by Atid in 2006.Crib death is the leading cause of death among infants

Only 62.5% of parents laid the babies on their backs even during the day. 73% of parents put their baby to sleep in their room. In the previous survey, 44% of parents testified that the baby slept with them in their room. 72.3% of breastfeeding mothers. 56% make sure that the temperature in the baby’s room is according to the recommendations, 22-23 degrees Celsius. There is a low response (22%) to recommendations regarding the sleeping environment in the crib, that is, laying the baby in a bed empty of objects, covered with a thin blanket tucked tightly under the mattress or using a sleeping bag. Only 33.9% avoid using head protectors in bed. 92% of parents avoid sleeping together with the baby, which is a particularly high percentage compared to the US, where despite the warnings, 61.4% sleep with their baby.

The study was led by Dr. Anat Schatz, chairman of the Atid Association for the Study and Prevention of Sudden Death in a Crib and an ENT specialist. The study was published in the medical journal CHILDREN.

“Unfortunately, cot death is still the leading cause of death in infants aged one month to one year.” Says Dr. Anat Schatz. “From the CBS data in 2019, 47 babies died suddenly and unexpectedly from cot death in 2009. In 2009 the number of babies who died in crib death was double and stood at 94 babies. To date, the cause of crib death has not yet been found, but the risk factors In their presence the risk of sudden death of known infants is increasing and has been proven in many studies.The significant decrease in the number of infants who die is due to the improved awareness of the parents and caregivers of the infants.

Winter: This will reduce the risk of cot death

“The findings of our study with Ariel University indicate improved knowledge and responsiveness, especially regarding the baby’s sleeping position and sleeping in a separate, but close, bed in the parent’s room. The risk of a parent not putting the baby to sleep on his back was significant Parents who put the baby to sleep in their room and parents who expressed distrust of the recommendations. It was also found that the mothers ‘level of knowledge about all the recommendations was significantly higher compared to the fathers’ level of knowledge (56.3% vs. 26.6% respectively). In a comparison between Jews and Arabs, it was found that Arab parents are more committed to complying with the recommendations according to the rating of their answers. 2019 “.

According to Dr. Schatz, the explanation for the dramatic decrease in mortality lies in the great efforts invested in educating parents and caregivers, and in internalizing the basic principles for reducing the phenomenon.

Increase in infant deaths in winter

“According to the findings of the study, there is a need for a targeted intervention of health factors regarding a safe sleeping environment. It mainly requires improving knowledge about the sleeping position during the day, keeping the crib without objects, free bedding and head protectors and maintaining a suitable room temperature. An intervention to increase fathers’ awareness, “describes Dr. Schatz.

“In winter, there is an increase in sudden infant deaths. At increased risk are preterm infants, low birth weight infants and infants to young parents.

The latest recommendations for preventing the risk of sudden death and maintaining a safe sleeping environment during the day and night, for parents and caregivers:

DLBCL lymphoma: what are and what are the possible treatments?