“James Nunnally in negotiations with teams in the Chinese league” 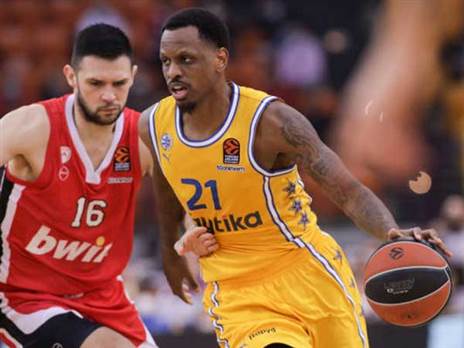 Will James Nunnally’s tenure at Maccabi Tel Aviv be shorter than expected? According to reports in China, the 31-year-old guard / forward is in contact with clubs in the local league regarding a possible transfer. If the move materializes, this will not be his first term in the Far East. He previously played for Shanghai Sharks of the local league.

Nunnally has been at the center of Maccabi Tel Aviv for the past few weeks. He recently faced Yiftach Ziv during training and was thrown out and before that there were incidents against Hapoel Jerusalem and Alba Berlin. , He also experienced declines like against Real Madrid (2 points in 22 minutes).

In the Euroleague, Nunnally scores 12.5 points per game and adds 4.1 rebounds and 2.8 assists per game on average. In the league he records 11.4 points, 3 rebounds and 2.6 assists. It should be noted that he was included in the squad for the league in only five games and in the last game against Hapoel BS he was not part of the team registered by coach Ioannis Sfairopoulos.