Oksana Baiul: “My heart is broken, Putin will pay for it” 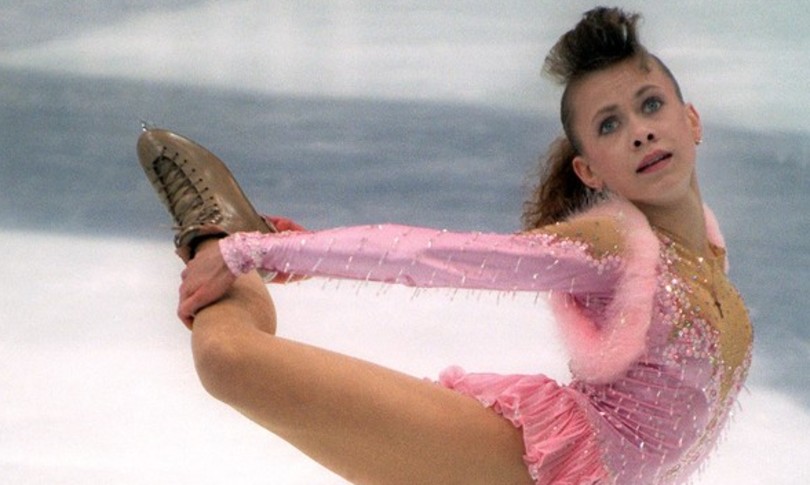 Magnificent, light, unforgettable: the ‘swan’ Oksana Baiul, the ice skater first Olympic gold medalist in sports of Ukraine, enchanted the world at the Lillehammer 1994 Olympic Games. It was February 25 28 years ago when that little girl from Dnipro – then it was still Dnipropetrovsk, the city where Soviet ICBMs were produced – wrote an indelible page in Ukrainian history.

Oksana was 16 that day but had already known the first misfortunes of a life that was subsequently very troubled, between alcoholism and heavy use of sleeping pills. Orphaned at the age of 13 by her mother Marina, killed at 36 by fulminant ovarian cancer, Oksana had moved to Odessa to follow coach Galina Zmievskaya living in a dormitory room. No news of his father Sergey, a chronic alcoholic, because he had abandoned his daughter when she was only two years old following the divorce (“I only saw him again in 2002 when I went to Ukraine, then he died in 2007”).

A short and glorious career

Oksana has never represented the Soviet Union abroad: in 1990 at the Soviet Championships in Minsk she got only a 12th place. His was a very short career, only two seasons in the greats, then he embraced professionalism by responding to the sirens and lights of America from shows, television and (many) dollars.

The drama of the war

Oksana Baiul, 44, Sophia’s mother for just over six years, married to the Italian-American entrepreneur Carlo Farina, a few days ago she moved to Louisiana. At AGI, in the first interview with an Italian newspaper, she spoke with tears in her eyes also about what has been happening for over 50 days in her country. “My heart is broken, what the Ukrainian population is going through is terrible,” says Baiul who then attacks the Russian president, Vladimir Putin: “I think he wants all of Ukraine, I talk to friends and they tell me that Russian soldiers are doing unthinkable things, when Putin announced the invasion I couldn’t believe it, words fail me for what he’s doing and I can’t imagine what will happen to him, I don’t want to talk about the Russians ”.

The first Ukrainian Olympic gold medal then states: “We must remember that Crimea is part of Ukraine, it was a gift from Khrushchev”. “I talk to my friends, they tell me that some of them are sending their children to Romania and Poland, some skaters have also arrived in Italy (in Bergamo ed) but mothers and fathers are not leaving their home, they want to stay in Ukraine and they want to fight, ”he says in a broken voice.

She moved very young from Europe to New Jersey to start her professional career, for several years she had lived in Las Vegas but now lives in Shreveport, Louisiana. In the southern US city, Oksana already has a project ready with her husband because “the dream is to set up an organization to employ Ukrainian refugees but I have to understand how, I have to be careful because in this period I have spoken clearly against Putin” . In the long interview with AGI, Oksana Baiul says: “I love Italy and Italians, I like pasta and pecorino cheese, my husband is of Italian origins and we named our daughter in honor of Sophia Loren, the favorite actress of the Carlo’s grandmother “. Then an anecdote: “In 2007 I exhibited in Bolzano, I will never forget that fresh bread with olives and butter”.

Finally, the best memory as an athlete. That of the all-pink ‘swan’ of Lillehammer ’94 was a flash career, only two years in which he first won world gold and five-circle gold. Then the road of shows, money, the good life but also alcoholism and turbulent love stories. “From Lillehammer I remember the beauty of the Olympic village, it was such a special place, so romantic, from my small bedroom window I could admire a beautiful landscape. I liked going to the coffee shop. In the Olympic village there was the chicken that reminded me of my grandmother when she went to buy it on Sundays in Dnipro. From the sporting point of view it was certainly a great thrill. I was so scared when the day before the free training program the German Tanja Szewczenko collided with me. Her skate had given me a small cut on my shin but my foot was still fractured ”.

That hymn that was not found

Then another curiosity: “In Lillehammer before the award ceremony they couldn’t find the Ukrainian anthem, they didn’t know where to find it but then the Ukrainian delegation managed to get it for them“. On a statistical level the first podium in an official race for Ukrainian sport had been the second place of Nadija Billova in the World Cup biathlon sprint on 23 January 1993 in Anterselva. First world champion gold for Inessa Kravets in the indoor triple jump in Toronto in March 1993 while the first Olympic medal was for Valentina Tserbe-Nessina on 23 February 1994 in the sprint.