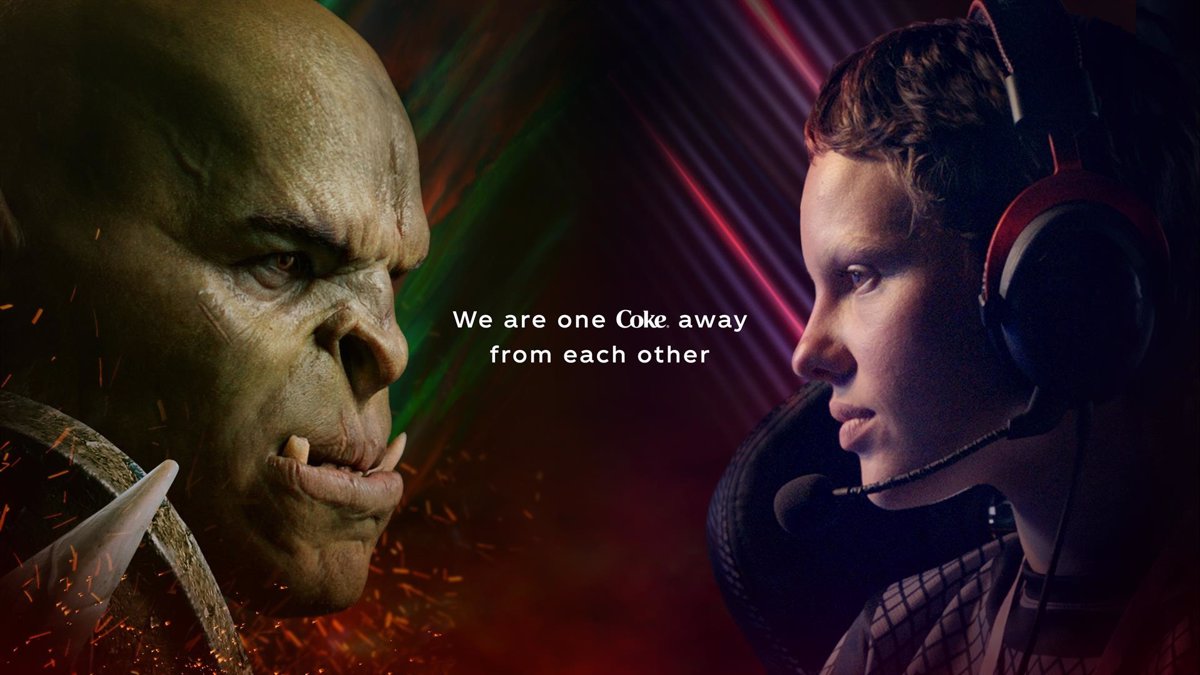 Coca Cola has presented this Wednesday a new global marketing campaign, dubbed ‘Real Magic’, in which it partners with three of the most recognized ‘gamers’ and content creators in the world, Alan Walker, Aerial Powers y Average Jonas, as well as with the platform Twitch, with the aim of “involving people in a very different way through an ecosystem of unique and personal experiences.”

The company launches this new brand philosophy under the slogan ‘We’re only a Coke away’, uniting the ‘gamer’ universe with the real one. The campaign, which “arises from the lessons learned in the last 18 months” .according to the company., is a metaphor that talks about how what unites human beings is greater than what separates them, and celebrates what they all have in common.

‘Real Magic’ involves the creation of the first global brand platform for Coca.Cola since 2016 and it is launched together with a renewed visual identity, as well as a new vision of its iconic logo that will play a prominent role in the brand’s marketing actions. The packaging design has served as inspiration for ‘The Hug’, which is based on the representation of the Coca.Cola logo on cans and bottles, offering a new perspective on its iconic logo.

“‘A Coca.Cola away’ has been built by and for a community that demands something different than what you might expect from Coca.Cola. To enter the world of video games, we have partnered with creators, gamers, Twitch and other collaborators that help us enter a different reality than the one we had known until now. It’s really exciting, “explains Manolo Arroyo, Chief Marketing Officer of The Coca.Cola Company.

In line with today’s worldview, it refreshes the brand’s promise to unite people around the world and help them enjoy their day.to.day lives. “Dichotomies define the Coca.Cola brand: humble, but iconic; authentic and secret at the same time; real and magical at the same time,” stated Arroyo, emphasizing that the philosophy of ‘Real Magic’ is based on the belief that “these dichotomies enrich the world and make it more interesting“.

COLLABORATIONS FOR THE NEW CAMPAIGN

To create this campaign, Coca.Cola has also relied on the advertising agency BETC Worldwide, as well as in the film director Daniel Wolfe and the ‘partner’ specialized in ‘gaming’ and computer animation Mathematic.

The campaign includes digital and outdoor actions. Starting October 11, in a selection of countries, including Spain, Coca.Cola will launch a challenge to hunt a code with which participants can win game sessions with ‘gamers’. In addition, thanks to a collaboration agreement with Brand Partnership Studio, an interactive streaming service, Renowned ‘gamers’ will unlock ten more codes on their Twitch live streams.

As part of the campaign, the company has worked with Twitch to offer prizes to consumers who find and enter the hidden codes on a ‘microsite’ of Coca.Cola that will be activated in the participating countries. The winners will receive a portion of the total of what will be one of the largest prizes to date in the amount of Bits, a virtual currency that serves to financially support streamers.

Likewise, Coca.Cola will collaborate with artists, photographers and illustrators to bring the ‘Real Magic’ concept to life using the logo’s embrace. Through their unfiltered gazes, they will bring to life those moments of day.to.day magic, in an inclusive and collective way, and at the same time individually and expressively.

“‘Real Magic’ is much more than a slogan or a single campaign: is a brand philosophy, for the long term, which will guide all our marketing and our communication actions of the Coca.Cola brand “, concludes Arroyo.